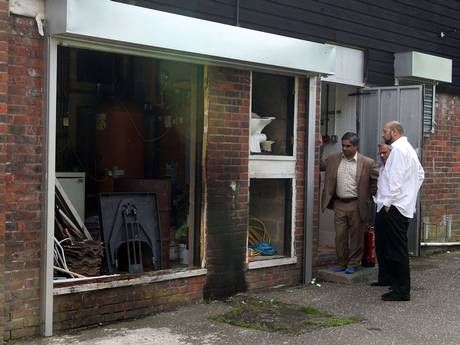 Police are investigating a suspected overnight arson attempt on an Islamic centre.

Officers believe the incident took place at Harlow Islamic Centre in Paringdon Road, Harlow, Essex, between 10.30pm and 4am. No-one is thought to have been hurt in the attack and a scene guard has been set up as the investigation continues.

Chief Inspector Ed Wells said: “Detectives are investigating this concerning incident and there will be a significant police presence throughout the day to reassure all local residents as we seek to identify those responsible.”

The mosque was set up 18 years ago when the Muslim community in Harlow grew in numbers and now serves a 2,000-strong community, according to the centre’s website.

Britain has seen a spike in anti-Muslim hate crimes in recent months following the death of Fusilier Lee Rigby outside Woolwich Barracks in May.

Zia Rehman, the Islamic Centre’s vice-chairman, said there had been a “concerted effort” to start a blaze. “Every entrance has been sealed with some kind of foam to allow the fire to take hold and set the building alight,” he said. “We found the damage this morning when we came at 4am for prayers but it doesn’t seem to be very serious and we are hoping it won’t stop people from coming to prayers at 1.30pm.”

Mr Rehman said that, although police still had to determine the motives behind the apparent attack, he suspected it may have been due to a climate of anti-Muslim prejudice. “We have been working very hard within the local community, building bridges, and we were hoping we wouldn’t have this kind of problem, but in the current climate there are elements within society that are not happy and there are issues. It’s unfortunate and we are very saddened.”

Harlow Islamic Centre was in the news last year after a funeral was held there for a woman and her five children who died in a blaze at their home in Harlow.

Dr Sabah Usmani and her children, Hira, 12, Sohaib, 11, Muneeb, nine, Rayyan, six, and three-year-old Maheen all died when a fire ripped through the downstairs of their terraced house in Barn Mead last October. Dr Abdul Shakoor, who lost his wife and five children in the tragedy, worships at the mosque.

Anyone with information on last night’s attack is asked to contact detectives at Harlow on 101.