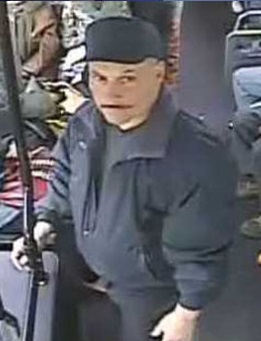 Police on Tuesday were asking the public to help them find a suspect who allegedly spat on a 15-year-old girl and raised his fist to her while making anti-Muslim statements on a bus in Queens.

The man walked up to the teenage girl and he made anti-Muslim statements, spat on her, and raised his fist as he threatened to punch her, police said.

Police have released surveillance photos of the suspect.

Anyone with information was asked to call the NYPD Crime Stoppers at (800) 577-TIPS, log onto the Crime Stoppers website, or text tips to 274637 (CRIMES) and enter TIP577.

See also “No one helped a Muslim teen when a man spat on her, called her a terrorist: Reports”, Huffington Post, 10 April 2014