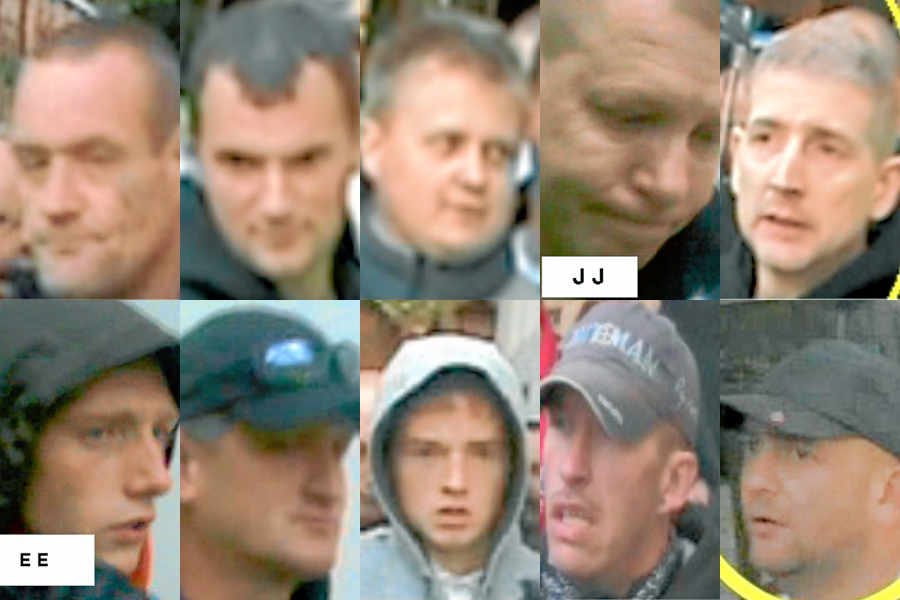 Police want to speak to these 10 men after violence erupted on the streets of Walsall during a protest by the English Defence League.

Officers have spent hours trawling through CCTV footage of the disorder, which broke out in the town centre on September 29 last year.

It comes after police carried out early morning raids yesterday, arresting eight people on suspicion of public order offences. Homes in Walsall, Brownhills, West Bromwich, Tipton and Hateley Heath were all targeted. Six men have been charged with violent disorder and two have been bailed pending further inquiries.