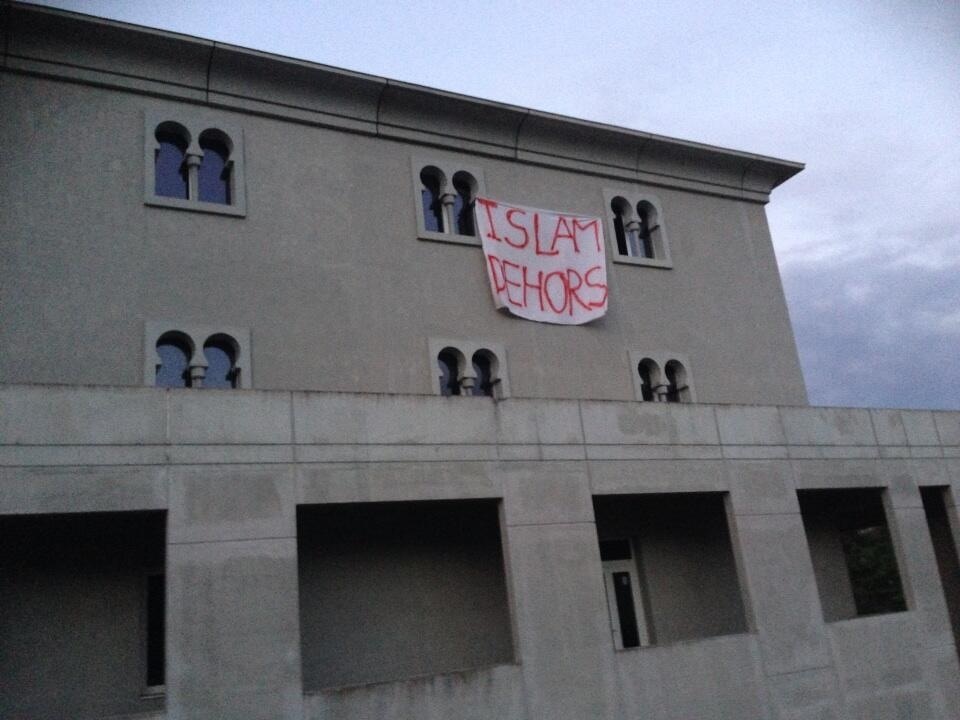 In October 2012 the French far-right group Génération Identitaire staged a rooftop protest at a mosque that was under construction at Poitiers.

Des Dômes Et Des Minarets reports (via the UOIF) that on 11 October, presumably to mark the anniversary of the earlier protest, a banner was hung from the same building with the slogan “Islam out”.

A complaint has been lodged with the police and an investigation into “incitement to religious hatred” has been launched.