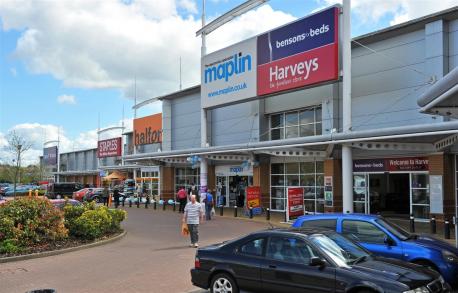 The new owners of a Kidderminster retail park have dismissed “rumours” they would run the shops according to Islamic law.

Bosses of 90 North Real Estate Partners, which has taken over Crossley Retail Park, said claims the park would be subject to Sharia law were “inaccurate”.

Fears were raised that levies would be imposed on the sale of pork, gambling and alcohol – prohibited under Sharia law – after the investment advisory firm, which specialises in Sharia-compliant real estate, acquired the park from Chester Properties earlier this month.

Sharia is the moral code and religious law of Islam, based on the Koran.

Nicholas Judd, founder partner at 90 North Real Estate Partners, whose chairman is former Dragon’s Den star James Caan, said: “The rumours that Crossley Retail Park will in any way be subjected to Sharia law are totally inaccurate. There will be no restrictions or levies imposed on the sale of alcohol, pork or gambling and the retail park mwill operate as usual.”

He added: “We can confirm that Crossley Retail Park will not be subjected to Sharia law and will be governed by UK law indefinitely. Our clients have made a significant investment in Kidderminster and are fully committed to improving Crossley Retail Park for the benefit of local people, creating new jobs and an enhanced retail offer.”