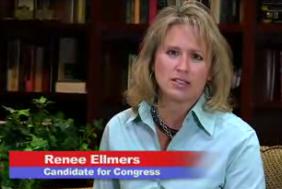 North Carolina isn’t exactly a bastion of liberalism but even there a majority of voters think it’s off base for candidates to exploit the proposed “Ground Zero mosque” as a campaign issue. 51% label doing so as “inappropriate” to just 37% who consider it to be an acceptable tactic.

This is particularly pertinent in the Triangle where Renee Ellmers, challenging long time Democratic Congressman Bob Etheridge, has run television ads about the mosque. Voters in that part of the state are particularly strong in their views that it’s inappropriate with 56% expressing that sentiment.

Invoking the mosque is seen as acceptable by the Republican base, with 60% of GOP voters saying they think it’s appropriate to only 29% who object. But for Ellmers to win she’s going to have to take an overwhelming share of independents and also capture a healthy level of Democratic support. With those key groups exploiting the mosque is seen as particularly inappropriate – 68% of Democrats and 50% of independents share that feeling.