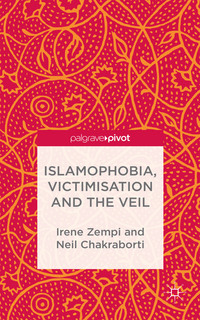 Muslim women who wear a full veil say there are no-go areas in Leicester which they feel frightened to visit – even in a car. They claim they are subjected to abuse every day and that it is getting increasingly difficult to avoid such incidents in the city centre.

The revelations are contained in a new book by two criminology lecturers at the University of Leicester. More than 100 Leicester-based Muslim women were interviewed over a 12-month period for the book, called Islamophobia, Victimisation and the Veil.

One woman who took part in the study told the Mercury: “People feel free to have a pop at us every day. They swear, stare, spit and tell us to go home. They call us terrorists.”

The woman, who did not want to be named, said: “There are areas in Leicester we don’t go to, even in a car. It is also becoming more difficult to wear the niqab in the city centre. I don’t go in any more unless I really have to.”

The woman added: “I am as British as anyone. We follow the football and the tennis at home. My boys try to make a joke of it calling me ‘Ninja mum’. We had thought that if we ignore it, it would go away. It hasn’t.”

The book was written by Dr Irene Zempi and Neil Chakraborti.

Dr Zempi wore a niqab for a month to understand what her interviewees experienced. “Attitudes to me changed over night,” she said. “People were abusive and threatening, and where previously shop assistants were friendly, they simply ignored me. I did not want to go out and I became depressed.”

Many of the women interviewed said they had moved to the city in the belief that Leicester would provide a better life for them and their families. However, one woman said she had tea thrown at her and another said she was elbowed in the stomach when pregnant.

A 36-year-old quoted in the book said: “It is worse elsewhere, but there are racist people even in Leicester. We moved to Leicester because it’s a safer community here. It’s better for our children as well. Leicester is more tolerant, but there is still Islamophobia.”

Another woman, who moved to Leicester from Holland, says in the book: “We are a bit more sheltered here, but no matter how diverse a place is, it’s always going to happen.” Another added: “I don’t understand why everyone says Leicester is safe. It’s much easier to do niqab in Birmingham.”

Shaista Gohir, chair of the Muslim Women’s Network UK, who studied at De Montfort University, said: “I would urge women to report all incidents of abuse. I am sure that there is underreporting of such issues. When I was a student in Leicester 25 years ago we were told to avoid those areas which have been mentioned if we had a brown skin. The veil and the head scarf were very rare then. It appears that attitudes in those areas have not changed.”

A police spokeswoman said there had been 11 instances of religiously-based abuse aimed at women in the past year. There had also been one incident of a man removing a woman’s veil.

She said: “Police safer neighbourhood teams are continuing to work hard at making all places of Leicester, Leicestershire and Rutland a safe place to work and live. We would always encourage anyone who feels that they may have been a victim of a crime to contact police so the matter can be fully investigated. We would urge all victims of hate crime to report it to us by calling 101.”