BNP leader Nick Griffin has laid flowers at the site where soldier Lee Rigby was murdered in Woolwich, amid fears of a surge in Islamophobic abuse. Following his visit to the scene in which he read messages left by members of the public, Griffin said the “mainstream media” had turned “the religion to blame into the victim”.

Update 3:  And here, courtesy of Political Scrapbook, is the email the BNP sent out in an attempt to capitalise on the murder: 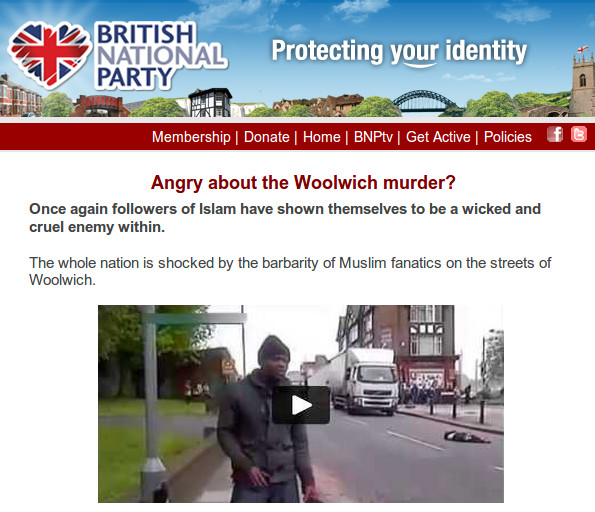