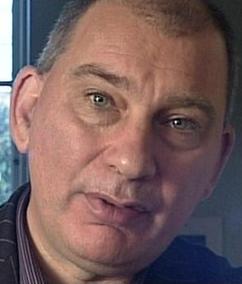 Nick Cohen devoted his column in yesterday’s Observer to attacking Stieg Larsson, using the Swedish novelist and anti-fascist campaigner’s views on honour based violence to reinforce the thesis that “The far left’s record on women’s rights would make the Vatican blush with shame. Its alliances with radical Islam make it, at best, a misogynist force and, at worst, an active agent of oppression.”

In reality, as Larsson’s partner Eva Gabrielsson makes clear in her book “There Are Things I Want You to Know” about Stieg Larsson and Me, the debate was over the differential treatment of the murders of two young women, one of whom was of Kurdish origin while the other was a native white Swede:

In 2003, after the almost simultaneous killings of Melissa Nordell and Fadime Sahindal, Stieg worked with Cecilia Englund at Expo on an anthology entitled Debatten om heders mord: feminism eller rasism (The Debate on Honor Killings: Feminism or Racism?) Nordell was murdered by her boyfriend, and her body was found in the water near the wharf in Björkvik, a small community on the Stockholm County island of Ingarö. Sahindal was shot in the head by her father because she refused to be forced into marriage. In Sweden, Nordell’s death was seen as an ordinary murder, while Sahindal’s was considered an ethnic murder, an honor crime, an incident unrelated to “Swedish culture.” Stieg called the victims “sisters in death” because he saw them as victims of the same patriarchal oppression. The cultural differences evoked to differentiate between the two killings simply fed racist propaganda and fueled endless academic research. Meanwhile, women kept dying at the hands of men.

You can find Rahila Gupta of Southall Black Sisters expressing similar concerns in a contemporaneous article for the Guardian. Pointing to police estimates that “there were 12 ‘honour’ killings last year across all communities, including Sikh, Christian and Muslim, while more than 100 women are killed by their partners in England and Wales every year”, she argued that honour based violence should be “integrated into the mainstream fight against domestic violence” because “singling out honour killings risks promoting a racist agenda rather than gender equality”.

Since then the exploitation of honour based violence to demonise minority communities of migrant origin has been harnessed to an explicitly anti-Muslim agenda. Whereas ACPO’s Honour Based Violence Strategy states clearly that such violence is “a cultural, not a religious phenomenon” which “cuts across all cultures, nationalities, faith groups and communities”, Islamophobes have claimed that it is specific to the Muslim community. Thus Cohen informs his readers:

Last year, members of the British Iranian and Kurdish Women’s Rights Organisation, which is not made up of the “rightwing extremists” of Larsson’s conspiratorial imagination, provided details of thousands of threats, abduction, acid attacks, beatings, forced marriage, mutilations and murders men had inflicted on Muslim and ex-Muslim women.

But IKWRO made no claim that the Muslim community is exclusively, or even disproportionately, responsible for honour based violence in the UK. Diana Nammi of IKWRO has said that honour killings occur mainly in the Muslim, Hindu and Sikh communities, with “about two thirds” of these murders being carried out by Muslims. As we have pointed out elsewhere, the combined Muslim-Hindu-Sikh population of the UK is 2,485,000, of whom 1,591,000 are Muslims – 64% of the total. This would indicate that Muslims are no more likely to carry out such murders than Hindus or Sikhs are.

But Nick Cohen has no interest in facts when they interfere with his diatribes against the left for taking a stand against the prevailing anti-Muslim hysteria. This hysteria has now reached a point where the rants of a liberal Islamophobe like Cohen are increasingly difficult to distinguish from the irrational and ill-informed bigotry we expect from the likes of Pamela Geller. Frankly, I’m surprised that Cohen’s article hasn’t been approvingly reproduced at Atlas Shrugs or Jihad Watch.