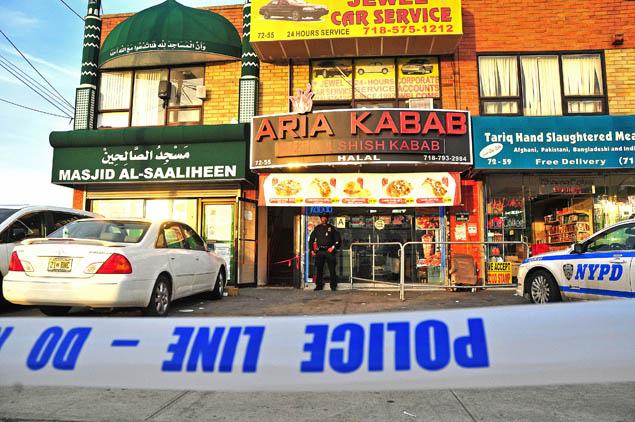 A Queens man was stabbed repeatedly outside a mosque by a would-be killer who shouted anti-Muslim comments, police said.

The victim, identified by friends as Bashar Mohammod, 57, was attacked from behind while opening the Masjid Al-Saaliheen mosque for prayer around 4:45 a.m., police said.

The attacker, described as a Hispanic man in his 40s, stabbed Mohammod repeatedly while shouting anti-Semitic and anti-Muslim slurs.

The victim might have lost a finger in the attack, said a friend, Mohammad Omar, who visited Mohammod at Queens General Hospital where he was treated and released. “The person told him that he doesn’t like Muslims,” said  Omar. “That person was trying to kill him.”

Investigators had the mosque cordoned off late Sunday afternoon even as worshippers made their way to prayer.