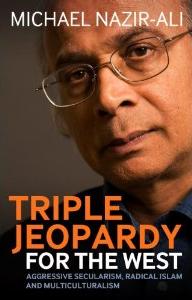 Former bishop of Rochester, Michael Nazir-Ali, warns that plans for the UK to become the first non-Muslim country to sell a sharia-complaint bond could have “unforeseen consequences”.

Nazir-Ali told the Daily Telegraph: “This means that the Government itself will be subject to sharia in its dealings on these bonds. At the moment the issue is pretty modest, but how much will it grow? There’s a lot of liquidity out there and it could grow pretty rapidly, and then you may face a situation where a major part of your financial system is governed by sharia-compliant considerations.”

He added: “Before we take these steps that could have unforeseen consequences we do need greater public discussion, greater explanation of what actually is being done and what it is we are letting ourselves in for.”

Nazir-Ali also raised what he takes to be the frightening prospect of sharia judges being allowed to adjudicate in disputes over government-backed investments. “They must be taking advice already from sharia scholars to put together these products. Has there been any discussion that such advice can be taken and that such adjudication can be acceptable in terms of official policy?”