There would appear to be some dissatisfaction over the recent appointment of Tim Ablitt as chairman of the English Defence League, following the sudden departure of Stephen Lennon and Kevin Carroll. But who should replace Ablitt?

The popular far-right Facebook page the New Daily Patriot has an interesting proposal for a new EDL leader. They argue that National Secular Society hero, EDL admirer and vile anti-Muslim bigot Pat Condell would be an ideal choice. They could have a point. 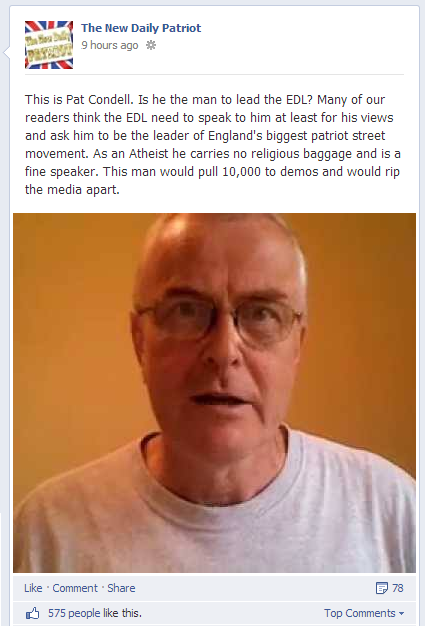