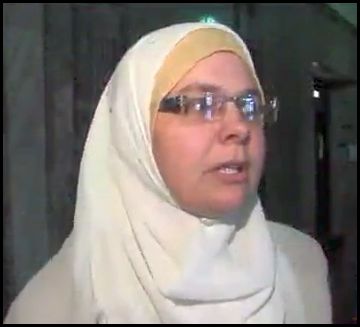 A Kansas City woman who converted from Christianity to Islam has been awarded $5 million in punitive damages by a jury who found the telecommunications giant AT&T created a “hostile work environment” after her conversion, according to a judge’s order issued Friday.

Susann Bashir, a 41-year-old married mother, sued AT&T unit Southwestern Bell for what she said was a pattern of offensive and discriminatory conduct by her supervisors that began when she converted to Islam in 2005, six years after she started working for the company as a network technician.

After Bashir started wearing a religious head scarf known as a hijab, and attending Friday mosque services, her managers and co-workers called her names including “terrorist,” and told her she was going to hell, said her attorney Amy Coopman. A manager repeatedly told her to remove her hijab, insulted her for wearing it, and once physically grabbed Bashir and tried to rip the hijab off her head, according to the suit.

Bashir complained to human resources and then filed a formal complaint alleging discrimination with the Equal Employment Opportunity Commission and was subsequently fired in 2010.

Though Bashir’s complaint alleged she was fired in a retaliatory action by AT&T, the jury did not agree, and no damages were awarded on that charge.

After several days of hearing testimony and deliberation, a jury in Jackson County Circuit Court on Thursday ordered AT&T to pay $5 million in punitive damages on top of $120,000 in actual damages.

AT&T spokesman Marty Richter said the company would appeal. “AT&T is a nationally recognized leader in workforce diversity and inclusion, something in which we take great pride. We disagree with the verdict and plan to appeal,” Richter said.

Bashir’s lawyer said the jury award was “monumental” to Bashir, but said it had little impact on AT&T, a multi-billion-dollar global corporation. “The company has an excellent written policy,” said Coopman. “If they had just followed the policy none of this would have happened.”