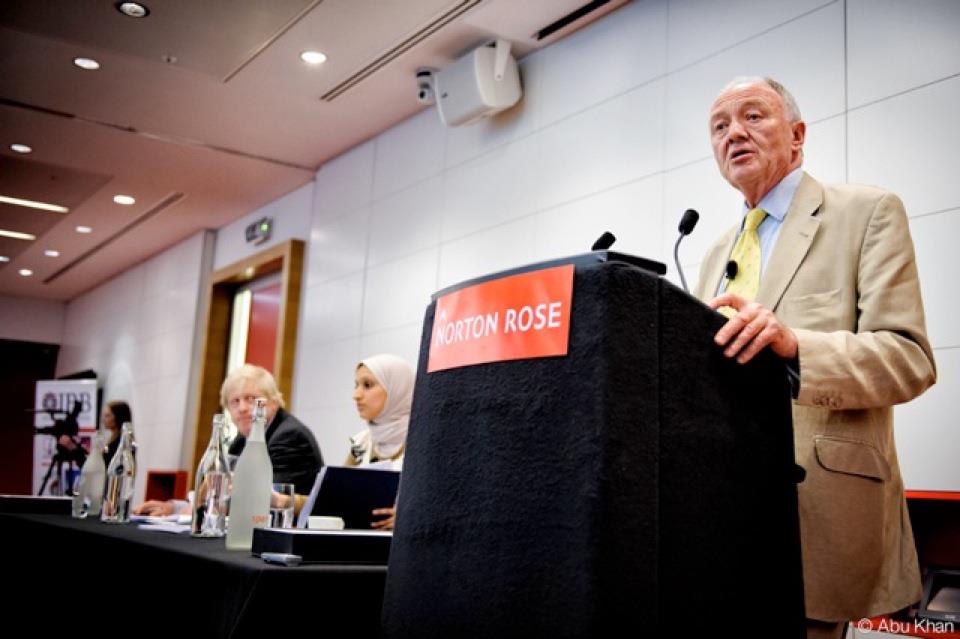 Muslim Voices was present at the hustings which was attended by representatives from Muslim organisations and activists. The event was chaired by Channel 4 news reporter Fatima Manji who allowed plenty of opportunities for both candidates to pitch their policy to the voters.

Boris was asked by the Chair to clarify if he thought “Islam is the problem” as he wrote in the Spectator in 2005. Boris also wrote the he found Islam “politically troublesome” in the Telegraph the same year.

Boris stuttered and stumbled unable to find a way to explain how he was asking the Muslim community to vote for him to represent them whilst he thought that their belief in Islam was a problem and politically troublesome.

The Chair gave him a lifeline and acknowledged that the article was written in 2005 and if his views had changed since then but Boris seemed to completely dodge the question saying he thought there were certain misguided youth who are easily impressionable by radical imams around the world and to this end he maintained that this is still a problem. There were cries from the audience asking for an apology which Boris Johnson chose to ignore. At this point Boris said that if this is how this debate would go on then he had better leave now.

Ken in contrast showed he was more in touch with the Muslim community when he was asked about engagement Ken said “When speaking about engagement, you only need to look at the Final Sermon of the Prophet Muhammed, peace be upon him, where he says in the Quran it says that ‘We have made you into nations and tribes so that you may get to know one another’.” Ken then went on to say that this is what Muslims believe, that we should get to know one another, not create enmity, discord or terrorise one another, which falls in line with what he also believes.

At a time where the UK has fallen into a double dip recession both candidates pledged to increase jobs and reduce the cost of living in the capital. Ken championed the cause of lowering fares on public transport which will put more money in the pockets of Londoners while Boris pledged to lower council tax. When pressed on the numbers it transpired that lowering fares amounted to an estimate of £900 in savings over the year whilst lowering council tax amounted to an estimated saving of £30 – £100 per year.

The ‘Prevent’ strategy employed by the Home Office and the metropolitan police to counter terrorism was also discussed. Boris Johnson maintained that the stop and search tactic should remain but should should be intelligence led rather than on profiling. However Ken Livingstone went further by saying that the Prevent strategy should concentrate on terrorism rather then just on Muslims, and the biggest threat was from the far right.

There was one issue where both the candidates agreed at the hustings, they both said they would press the government to review the 2003 Terrorism Act so that British citizens would be tried before the British judicial systems rather then be extradited to the USA. In turn both Mayoral candidates supported the fact the case of Babar Ahmad should be heard in front of a British judge and jury.

Ken on the other whilst in office commissioned reports looking at Muslims in London, set up initiatives which have helped recognise Islamophobia as a hate crime by the metropolitan police; and kept in touch with community issues regularly. London needs a mayor that understands its communities. In Ken we can have a Mayor who understands the Muslim community, the Jewish community, the Christian community and those of no faith. In Ken we can have a Mayor for all Londoners.

It is important you elect a Mayor on May 3rd who represents you, so make sure you get out and vote!

Vote Ken livingstone on Thursday May 3rd as your first choice for Mayor of London.

Is voting permitted in Islam?

Answer by Mufti Ibn Adam Al kawthari (UK based scholar with ijaza and known for Ifta and one of the the Scholar of Contemporary Shariah Resource centre www.alqalam.org.uk

The current mayor of London doesn’t care about ordinary Londoners. He’s not interested in their lives or their livelihoods

An Article written in the Guardian by Mehdi Hassan.