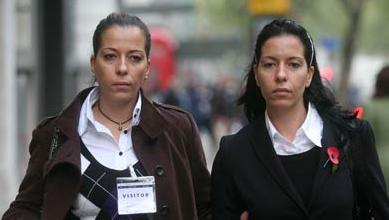 Muslim twin sisters have won a record multi-million pound payout on the eve of a sensational tribunal involving claims of racism and drug abuse in the City.

Moroccan-born Samira and Hanan Fariad, 31, made more than 200 allegations against brokers Tradition Securities and Futures in a 150-page dossier due to be unveiled out at the Central London Employment Tribunal this week.

They included claims the French company stood by as top brokers used cocaine and subjected them to race and religious discrimination. In one case, the firm allegedly transferred the sisters’ Jewish clients to non-Muslim colleagues.

The pair – who were on six-figure salaries – worked as brokers in the company’s London office for two years until they resigned in 2006. They were due to begin giving evidence this week. But last night the case was halted when the twins agreed to accept an out-of-court settlement believed to total £10m. A spokesman for the sisters said: “The parties are pleased to confirm that the matter has now been settled on confidential terms.”