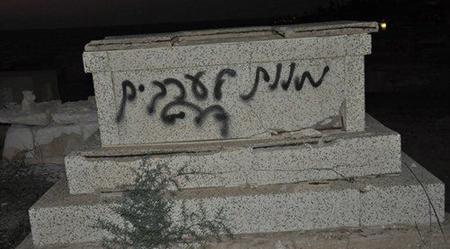 Headstones at a Muslim and a Christian cemetery were desecrated by unknown assailants in Jaffa on Saturday, the Jewish holy fast day of Yom Kippur, an Israeli website said.

Pictures on the www.nana10.co.il Hebrew website showed one gravestone with the words “death to Arabs” spray painted in Hebrew and the words “Price tag,” a slogan used by militant Jewish West Bank settlers and their supporters, on another.