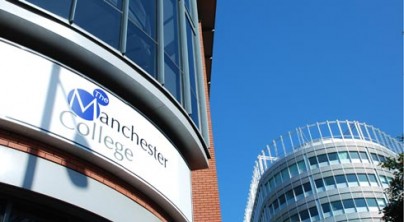 A mum was turned away from a college parents’ evening – because she was wearing a veil.

Maroon Rafique was refused entry to Manchester College by senior staff who told her there was a ban on face coverings. The mum-of-two, from Whalley Range, said she was left stunned and dismayed. She had to phone husband Abdul, who attended the meeting with their 18-year-old son Awais, while she sat in the lobby of the college’s Northenden campus.

Bosses at the college said that all students and visitors are asked to keep their faces visible for “safety and security” reasons.

Mrs Rafique, 40, who has worn the full veil, or niqab, for seven years, said:

“I’m born in this country and British. Why should what I wear offend anyone? I didn’t want to make any fuss. All I wanted was to find out the information to help my son go to university. I offered to sit at the back or at the front, anywhere where I wouldn’t be seen, if they thought I was going to offend anyone. I was really upset because whenever I’ve visited the college before and there’s never been a problem, in fact the tutors have been welcoming and friendly.”

Mrs Rafique, who is married to double-glazing firm boss Abdul, 40, and has a younger son, Ibrahim, 12, added: “I do get abuse every now and again in the street – which I just have to deal with. However, I was very surprised when I was treated this way by the college.”

Business student Awais, 18, who hopes to take an accountancy course at Manchester University, said: “It was really embarrassing when they told her she couldn’t come in. We’ve never, ever been told about any rule about what parents can wear.”

A spokeswoman for Manchester College said Mrs Rafique’s concerns were being taken “very seriously” following the incident. She added:

“The Manchester College provides a safe and inclusive environment that fosters development and achievement. “We apply a single dress code to all college users, including learners and visitors. At all times we need to be able to identify all individuals easily in order to maintain safety and security and therefore we ask that faces are clearly visible whilst indoors. Our dress code is reviewed through our quality improvement group and we will take this situation into account at the next review.”