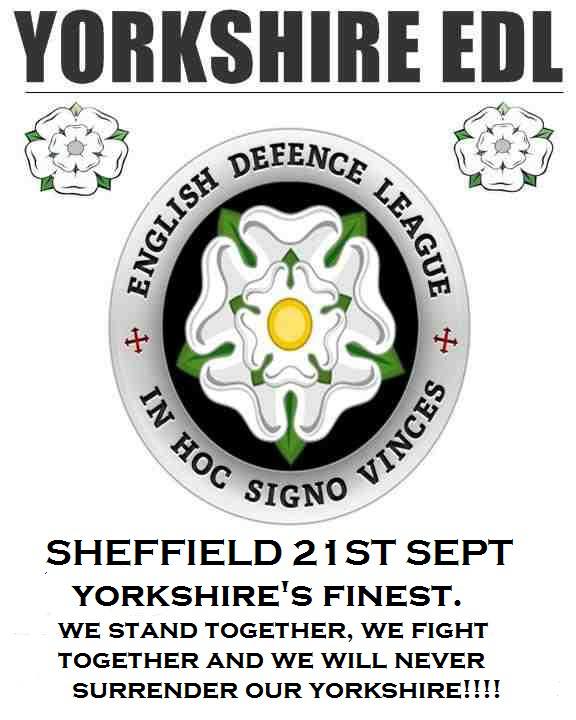 Proposals to turn a Sheffield pub into a mosque have been dropped – but the English Defence League still plans to hold a protest at the site.

Firth Park Cultural Centre had made enquiries about buying the former Pheasant pub at Sheffield Lane Top, which is for sale, and rename it Firth Park Masjid. But the group now says the £330,000 price tag is “too expensive” and it will be looking for an alternative site.

The English Defence League, which last gathered in Sheffield in June to lay a wreath “in tribute” to murdered soldier Lee Rigby, has organised a protest against the plans. The “peaceful” demonstration is to take place outside The Pheasant on Saturday, September 21 – and anti-fascist protesters are planning a presence.

When told the mosque proposal had been dropped, a spokesman for the EDL’s Yorkshire region, said: “The demo will still go ahead. There’s still a plan for a mosque somewhere in the area and we will be having a general protest.” He added several hundred members of the group are planning to attend the demonstration.

The protest was condemned by Sheffield Council deputy leader Coun Harry Harpham. He said: “The EDL are a right-wing organisation based on hate, and they are not the type of people we want coming into the city.”

Organisations Hope Not Hate and Unite Against Fascism say they will stage a counter-demonstration.

The EDL wreath-laying in June cost £500,000 to police – with around 500 EDL members being segregated from anti-fascist protesters.

Chris Meads, spokesman for Firth Park Cultural Centre, said the organisation had wanted to convert the pub into a community centre with attached place of worship.

He said: “There are a lot of Muslims in the Firth Park area who currently have to go to Burngreave or Fir Vale to walk to the mosque. In the middle of winter, it’s not a pleasant trip. We have been collecting for funding but the £330,000 price tag for The Pheasant would be too high. A protest is pointless.”

But Mr Meads said his organisation remained committed to creating the cultural centre and would now look at other sites. He added fears from Lane Top residents about parked cars around the mosque were unfounded because “most people would have walked”.

South Yorkshire Police said discussions were ongoing with the EDL about whether the demonstration would go ahead. Police and Crime Commissioner Shaun Wright said it was too early to calculate the cost of policing.