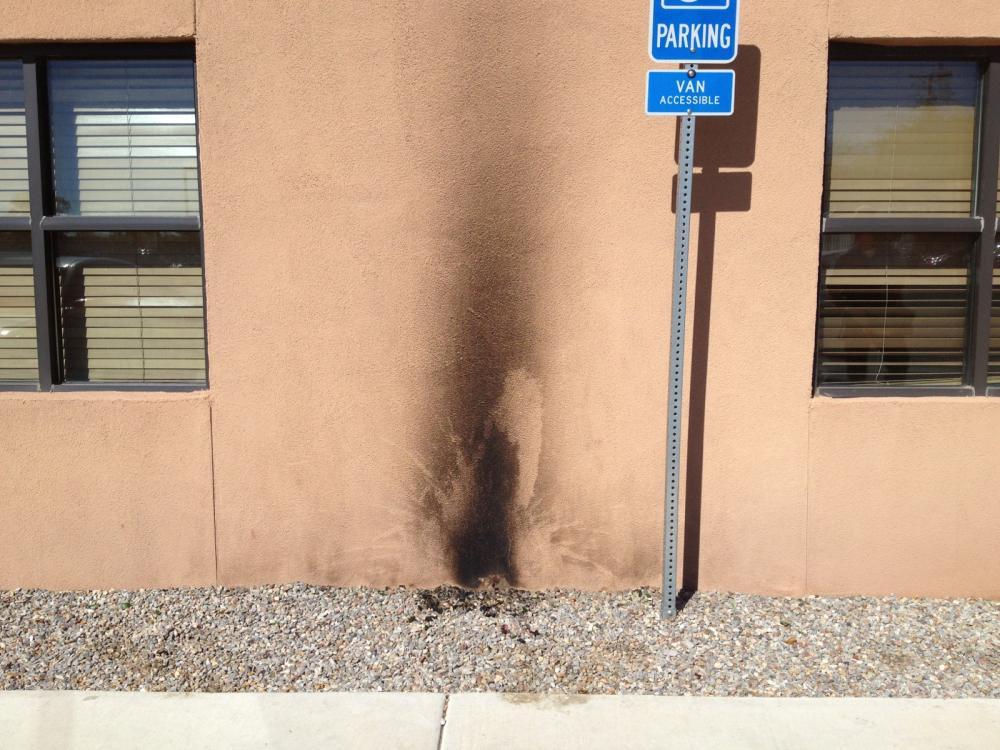 The device hit the exterior wall of the Islamic Center of New Mexico around 3:55 a.m. Friday, scorching a wall and leaving broken glass on the ground.

Several agencies responded to the Islamic Center to conduct an investigation, including the FBI and APD bomb squad personnel.

“I’m very disappointed something like this would happen here in Albuquerque,” said Jameela Abdul Halim, the assistant administrator at the Islamic Center.

The center’s janitor, Shakir Farid Abdullah, said he found the burnt bottle about five hours later, around 9 a.m. Abdullah said he feared the perpetrator assumes the mosque is affiliated with terrorist groups overseas.

“We believe in peace, nonviolence…we don’t support terrorism,” said Abdullah. “We don’t support any acts of violence against any religious group…so someone, obviously, is ignorant to that.”

The Molotov cocktail was apparently thrown at the section of the building dedicated to women and children. Friday is also the day hundreds of Muslims from across the area come to the mosque to pray. No one was injured, but the incident is still disturbing to those who attend the mosque.

“[We’re] very grateful it didn’t go through the window. There was nobody around at the time; we didn’t have a lot of people,” said mosque member Abdul Halim.

This is not the first incident at the Islamic Center. According to mosque member Andy Brooks, people threw flaming Qurans into the mosque’s yard a couple years ago, and last year, someone walked into the Iman’s office and threatened him with a gun.

Also, this past February, a man approached two children on the mosque’s playground and allegedly threatened to stab them because he hated Muslims.

The New Mexico Conference of Churches released a statement about the incident Friday afternoon:

“The New Mexico Conference of Churches is terribly distressed by the news that a Molotov cocktail was thrown into the Islamic Center of New Mexico this morning. Christians across our state reject such hate-based violence. We recognize our Muslim brothers and sisters as fellow children of God and as our neighbors whom we are called to love. We urge all people to resist hatred with compassion in order to build a new era of peace and goodwill. Our prayers are with the members of the Islamic Center and we offer any and all help at this time.”

“The news that a Molotov cocktail was thrown at the Islamic Center of New Mexico is deeply troubling. Acts of violence have no place in our society. The members of the ‎Center and the entire Muslim community in New Mexico are in my thoughts.”

Police have yet to make an arrest. If you have any information regarding the suspect, contact police.