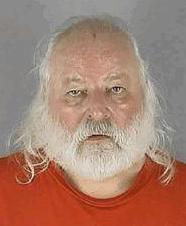 A 64-year-old man pleaded guilty Wednesday to violating the civil rights of an 83-year-old Somali man he assaulted in Minneapolis last year while yelling that he was a Muslim and should go back to Africa.

Thompson, a former employee of the Transportation Security Administration, was charged under the Matthew Shepard and James Byrd Jr. Hate Crimes Protection Act, passed in 2009. Shepard was tortured and murdered in Wyoming by two men who believed he was gay; Byrd, a black man, was dragged to his death behind a truck by three men in Texas.

Court papers said Thompson attacked his victim on May 4, 2010, because of the man’s “actual and perceived religion and national origin.”

The incident occurred near Cedar Avenue and 5th Street. According to the original felony complaint filed in Hennepin District Court, the victim told police he was getting into his car at about 11:20 p.m. when Thompson approached and asked whether he was Somali.

When he replied in the affirmative, Thompson told him that he was going to kill him and chased him into the street, the complaint said.

Minneapolis police arrested Thompson later in the Nomad World Pub nearby. Authorities said that he was intoxicated but refused to submit to alcohol testing. According to the complaint, Thompson had a permit to carry a weapon.

Thompson will be sentenced at a later date.