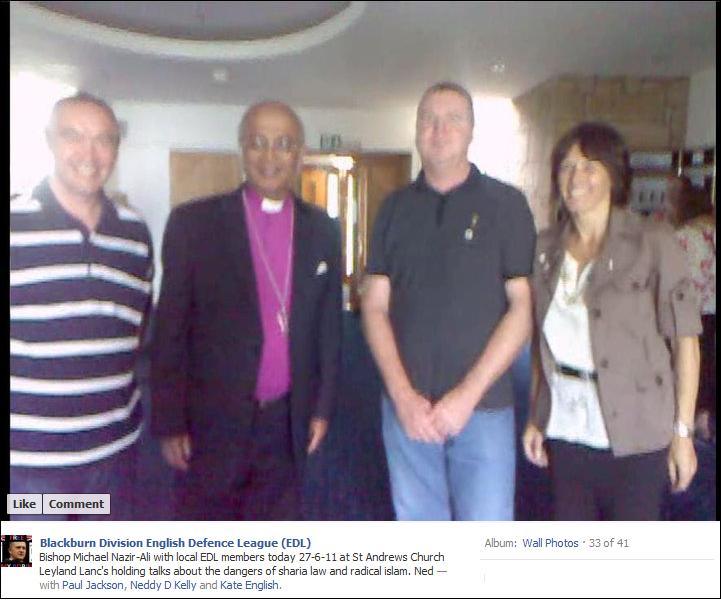 Here’s a photo from Blackburn EDL’s Facebook page that a contact has drawn our attention to. It may be questionable whether Michael Nazir-Ali knew that the people he was being photographed with were EDL. But it’s hardly surprising that they wanted to discuss “the dangers of sharia law and radical Islam” with him, as the former Bishop of Rochester’s views on those issues have much in common with the EDL’s.

The discussion took place in June at a talk by Nazir-Ali at St Andrew’s Church in Leyland, which was billed by his hosts as focusing on “the rise of Secularism and Islam and how Christians in high density Muslim areas like ours might best respond”. Nazir-Ali’s talk was well received by the EDL. “I could have listened to him for at least another 2 hours!!!”, one member of Blackburn division commented. “Felt GREAT that a man of the cloth was on our wavelength – BRILLIANT!!”

It’s just one more example of how mainstream Islamophobia provides the conditions in which more thuggish forms of anti-Muslim hatred exemplified by the EDL (see for example here and here) can thrive and grow.