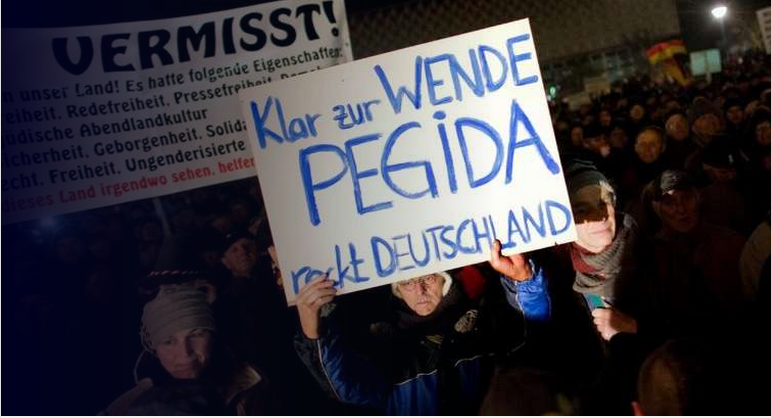 Chancellor Angela Merkel on Friday condemned anti-Muslim demonstrations centered on the eastern city of Dresden, saying there was “no place in Germany” for hatred of Muslims or any other minority.

In a speech at a party congress of her Bavarian allies in Nuremberg, Merkel also denounced an attack on buildings in a nearby town being turned into refuge for asylum-seekers. The structures were set on fire and daubed with swastikas.

“It is unbearable when homes of asylum-seekers are defiled, when people try to make radical slogans,” Merkel said, adding that everyone coming to Germany had the right to be treated decently.

Earlier on Friday, Merkel’s spokeswoman Christiane Wirtz said: “In the name of the government and the chancellor I can say quite clearly that there is no place in Germany for religious hatred, no matter which religion people belong to.”

“There is no place for Islamophobia, anti-Semitism or any form of xenophobia or racism,” Wirtz said of the growing Monday evening marches in Dresden under the motto PEGIDA, standing for “Patriotic Europeans against the Islamization of the West”.

Public expressions of anti-immigrant sentiment are largely taboo in mainstream German politics because of the Nazis’ mass-murder of Jews and other groups in the Holocaust. Merkel argues that Germany needs immigrants to avoid a demographic crisis.

But local officials say they are struggling to cope with the largest number of asylum-seekers in Europe, with net immigration at its highest levels in two decades.

A backlash is being felt: this week Merkel’s conservatives debated banning the burka, the full body covering worn by some Muslim women, and her Bavarian allies had to drop a proposal to oblige immigrants to speak German at home.

The latest PEGIDA march on Monday drew up to 10,000 people and almost as many counter-demonstrators. The organizers, who began two months ago with a few hundred people, say they are not against immigrants but want to protest against Islamic extremism and the influx of asylum-seekers.

Interior Minister Thomas de Maiziere said not all the marchers were racists and they included some who were “expressing their fears about the challenges of the times”.

Dresden is the site of Germany’s biggest annual neo-Nazi march, on the anniversary of World War Two bombings.

German officials are alarmed at the rise in both anti-Muslim and anti-Semitic sentiment. This year has seen right-wingers join forces with soccer hooligans against Salafist Muslims and a rise in attacks on Jews linked to the Middle East crisis. 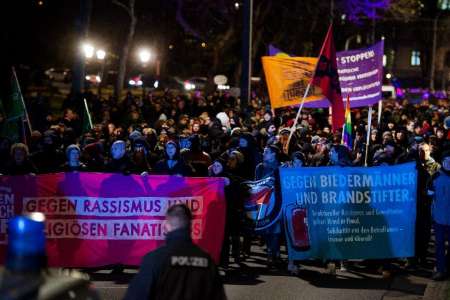