Police are investigating a fake council election flyer that claims a Muslim candidate wants to build more mosques in the suburbs. The flyer is purportedly from Moreland Council candidate Mohamed Elrafihi, who is standing for north-east ward.

It says: “I know that like me you believe that it is important to give minorities a voice. That’s why, after speaking to local congregations, I will be advocating for the construction of a Mosque in Moreland. It is important to me that we engage and give voice to our brothers and sisters in Coburg and Fawkner have a palce (sic) where they can pray… It’s time to deliver, time to deliver new Mosques in Moreland.”

Mr Elrafihi, 26, said today he had no such policy, but he believed that thousands of the fake flyers with his name misspelt had been distributed in Fawkner.

“They are playing the religious card and trying to cause tensions between communities,” he said. “At this point in the election when we are trying to make Moreland a better place for residents, to use the race card is just disgraceful. I am running for council to be a voice for the whole community, I have no policies to build mosques or religious facilities.”

Mr Elrafihi said he had reported the matter to police and the Victorian Electoral Commission. 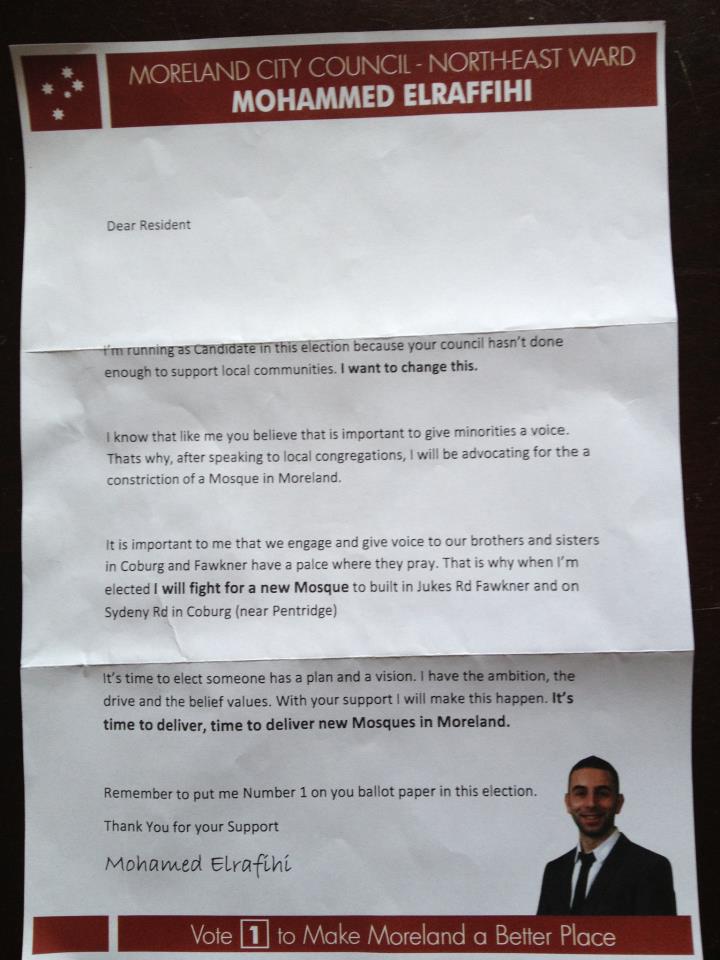