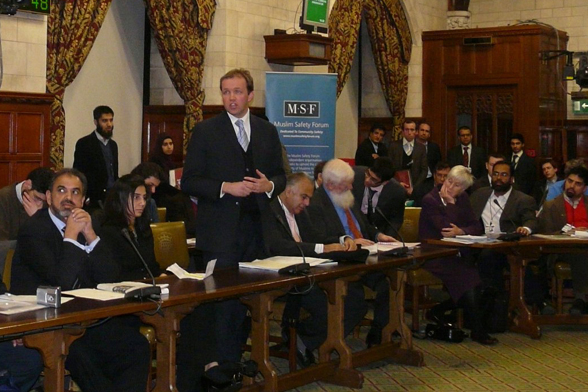 The Muslim Council of Britain hosted a special closed-meeting to discuss the growing spate of attacks in all its forms against British Muslims on March 3rd at the House of Commons.

The event entitled “Tackling Islamophobia: Reducing Street Violence Against British Muslims” brought together distinguished Parliamentarians, academics, journalists, police, public servants, and community representatives who all endorsed calls for the establishment of an All-Party Parliamentary Committee on Islamophobia with a view to holding a parliamentary inquiry on Islamophobia in the UK.

The meeting took contributions from experts and responses from parliamentarians and was concluded with a Q&A session with the audience who comprised of individuals from over 80 organisations.