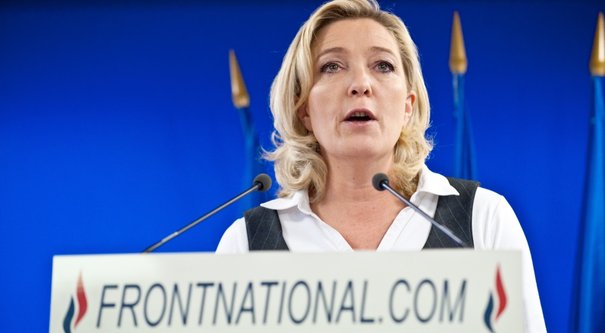 The French authorities opened a case against Mrs Le Pen in 2011 after she likened the sight of Muslims praying in the streets to the Nazi occupation of France. As a European Parliament member (MEP), she enjoyed immunity from prosecution. However, this protection was removed by a European parliamentary committee in a secret vote this week.

BBC chief political correspondent Gary O’Donoghue says he has been told that the vote to remove her immunity was “overwhelming”. It will need to be ratified by the full parliament, but that’s expected to be a formality, our correspondent says.

When the parliament’s legal affairs committee first tried to consider the case, Marine Le Pen, leader of France’s far right National Front party, failed to turn up. This week she sent a fellow French MEP in her place.

The move clears the way for the French authorities to pursue a case against the leader, who steered her party to a record 18% showing in the first round of last year’s presidential election.

Mrs Le Pen made the remarks at a party rally in 2010 in the southern French town of Lyon. She said that Muslims using the streets to pray because mosques were overflowing was an “occupation” of French territory.

Praying in the streets was banned in Paris in 2011 in response to growing far right protests.