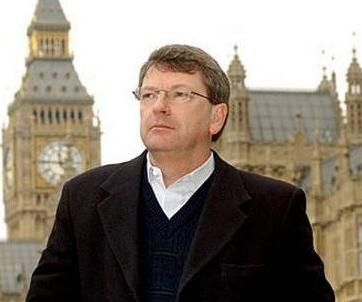 The man David Cameron has picked to head his election campaign once launched a foul-mouthed rant against Muslims.

But No 10 officials said the Prime Minister has no intention of changing his mind about appointing the strategist, despite the new revelations.

Mr Crosby’s outburst came earlier this year as Mr Johnson’s aides discussed whether to devote more attention to wooing the ethnic minority vote in his battle with Labour’s Ken Livingstone.

According to a source, Mr Crosby said Mr Johnson should concentrate on traditional Tory voters instead of “f****** Muslims”. The source added: “He definitely used that phrase” and said: “Lynton’s view was that chasing the Muslim vote and other ethnic groups was a waste of time – and he frequently expressed himself in very strong terms. Some people found it very offensive.”

In a statement last night a spokesman for Mr Crosby said he had “absolutely no recollection” of using the term. His allies claimed Mr Crosby was the victim of a dirty tricks plot by Tory enemies to stop him taking charge of campaigns at Conservative HQ.

Mr Johnson last night said he had “no recollection” of being present when Mr Crosby made his “f****** Muslims” comment. He said his election chief was “the soul of sweetness and kindness”. And the Mayor urged Mr Cameron not to reverse his decision to put Mr Crosby in charge of his election campaign.

Update:  See also “Lord Ashcroft is worried that people might see Lynton Crosby’s anti-Muslim rant as racist – because they ‘will not appreciate that Muslim is a religion not a race’”, Islamophobia Watch, 25 November 2012 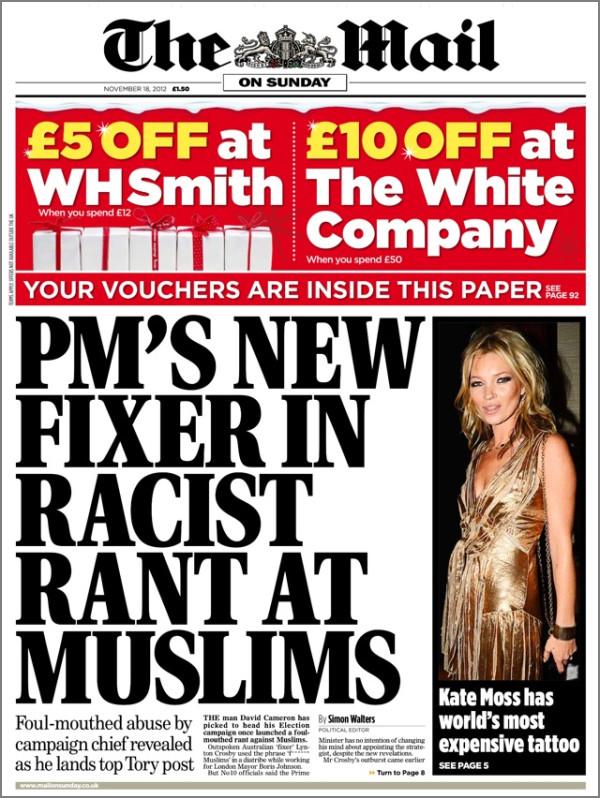