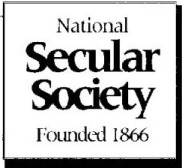 Terry Sanderson of the National Secular Society is not impressed by the coalition to defend religious freedom launched at City Hall in London earlier this week. Sanderson opines that “there is very little in the way of aggression towards Muslims beyond the racism that all minority communities suffer”. Well, Sanderson and the NSS – who in the past have called for the publication of racist anti-Muslim cartoons and happily repeated denunciations of “Muslim foreigners who have forced themselves on us” – would know all about that.

The NSS has the backing of Robert Spencer over at Jihad Watch.