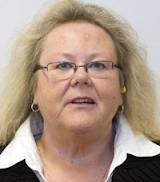 An outspoken local Sweden Democrat politician who previously argued “negro” is not a racist term, has generated headlines again by calling for a law to cap the fertility rate of Muslims around the world.

Annika Rydh, municipal party secretary in Älmhult, southern Sweden, blogs about her work and often links to Islam-critical articles. Recently, she linked to a film entitled “Muslim Demographics” that claims Muslims are trying to take over the world one baby at a time.

“It’s a global problem,” Rydh wrote on her blog, according to anti-fascism magazine Expo. “We can’t tackle this locally. The international community needs to act by having some kind of restriction, like the one-child policy in China.”

Yet, BBC News has previously revealed that the film she posted on her blog refers to incorrect birth rate statistics.

The anti-immigration party’s spokesperson, Martin Kinnunen, said Rydh’s comments do not represent any official party line on how many children women should have. He declined to comment on his colleague’s decision to link to the film. “I don’t comment on rumours,” Kinnunen told Expo.

Rydh has found herself under fire before. In 2011, she faced flack for saying that the word “negro” was simply descriptive rather than a derogatory term.

“It shouldn’t be an insult to be called a negro. There is the red race, the yellow race, and then there’s me, who is of the white race,” Rydh told the regional Smålandsposten newspaper. “A negro is a negro. There is nothing demeaning with that.”

The blog also links to articles on other sites with headlines such as “If it doesn’t suit you, go home”, which complains about asylum seekers’ concerns about conditions at asylum centres in Sweden.

Another link entitled “The mollycoddling is so tiresome” argues that authorities spend too much money on underage asylum seekers who come to Sweden without a parent or a guardian (ensamkommande flyktingbarn).

Yet Magnusson’s column does not discuss any role of the victim, but instead argues that war-damaged migrants should receive psychological support in order to prevent potential crime.

Following the publication of Expo’s article, Rydh removed the post from her blog. “Not being able to promote thinking about an existing problem is very strange to me, but because so many saw it as offensive, I decided to remove it,” Rydh wrote.