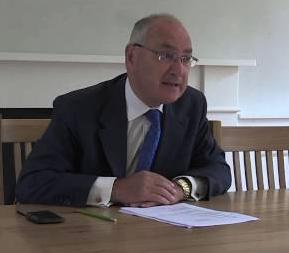 Anthony Glees, with the assistance of the Sunday Express, has predictably exploited the jailing of Lee Rigby’s murderers to launch a characteristic scaremongering attack on educational institutions for supposedly encouraging violent extremism.

He told the Express: “The butchering of Lee Rigby ought now to serve as blowing the whistle on the wishy-washy thinking that goes on in schools, colleges and universities. There needs to be firm and clear academic leadership. All academics should make it clear to all students that extremists have no place in British society. If they don’t do it then the taxpayer funding of universities should be withdrawn.”

Glees continued: “University facilities should not be made available to extremists. It’s not about freedom of speech. Nobody has the right to use freedom of speech to incite people to kill others. The trouble is some are so terrified of not being welcoming to all their students they simply don’t dare ban extremists. We have seen this recently with segregated audiences with women sitting separately to men. Radical preachers also preach segregation, which I am also opposed to.”

Glees of course provides no evidence at all to back up his claim that university facilities are being used to “incite people to kill others”. And his disgraceful suggestion that the practice of gender-separate seating at university Islamic societies is somehow linked to terrorism is just what you would expect from this anti-Muslim witch-hunter.

The Express informs its readers that Glees is “a terrorism expert who runs Buckingham University’s Centre for Security and Intelligence Studies”. This makes it sound as though he holds a post in some mainstream academic institution – which the University of Buckingham is certainly not. In fact it’s based on the extremist free-market principle that universities shouldn’t be taxpayer-funded at all.