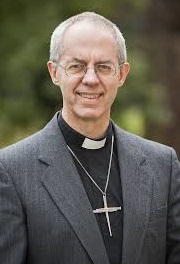 The Archbishop of Canterbury has warned against becoming “too hysterical” over Islamic radicalisation in Britain as he spoke of his concerns about developing a “culture of fear” towards Muslims.

The Most Rev Justin Welby said there was a problem with radicalisation of Muslims in Britain and an “issue” with young men travelling to Syria and returning to the UK “highly radicalised”.

But, speaking in an interview on BBC One’s The Andrew Marr Show, the Archbishop said the proportion of Muslims in Britain who are radicalised remained “extraordinarily small”.

He said there was a danger of a “national culture of fear” over the issue. “Clearly there is an issue with people going to Syria and coming back highly radicalised. There is a problem with radicalisation,” he said.

“But the proportion of Muslims who are radicalised is extraordinarily small and I’m just edgy about developing a national culture of fear because I don’t think that gets us anywhere and I think we’re in danger of slipping into a very fearful culture in which we see everyone against us and us against everyone and we’re constantly trying to defend ourselves.”

He added: “We’ve been becoming too hysterical about this subject for some considerable period and it is a worry because we have huge differences with Islam as Christians, but that is absolutely no reason for hostility. Quite the reverse.”