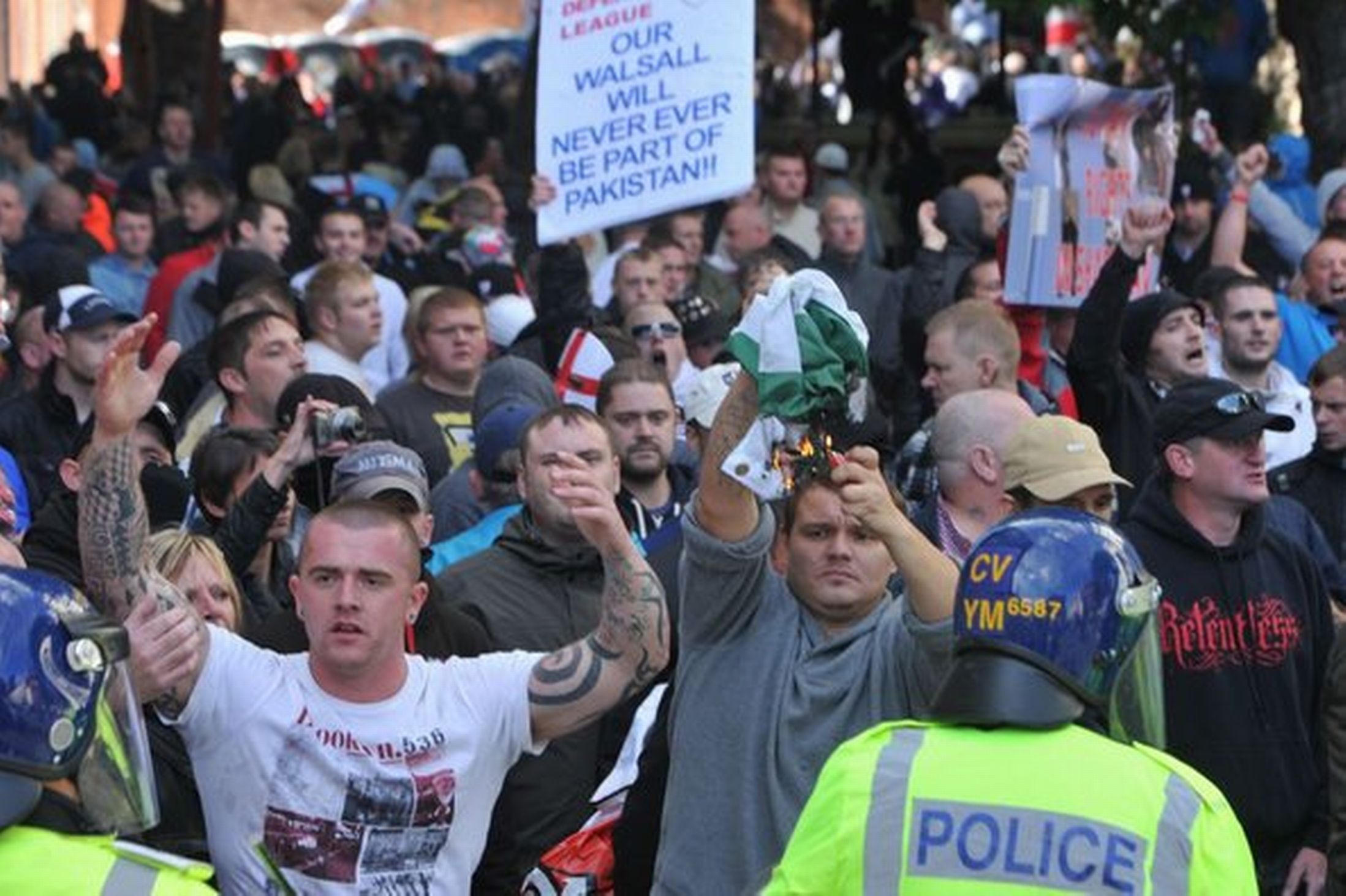 A judge has slammed “mob violence” as he jailed seven men who took part in an English Defence League demonstration in Walsall. They were the first of 32 people appearing for sentence after violent disorder hit the town centre last September, leaving police officers and demonstrators injured.

Wolverhampton Crown Court heard trouble flared between the 600 EDL supporters and 200 members of the United Against Racism movement, who were holding a counter demonstration.

Mr David Bennett, prosecuting, said police saw pages from the Koran being burnt along with a Pakistan flag while there were also abusive and racist chants from EDL supporters. Placards were also being carried, with one reading “Our Walsall will not be part of Pakistan,” he said.

During the trouble a young Asian UAR member also made an ‘inflammatory gesture’ and EDL members surged towards police bidding to keep the protesters apart, the court was told. The far-right group’s supporters pushed, punched and kicked out at officers who faced missiles including bricks, bottles, coins and wood broken from street furniture and tables in a nearby pub.

Judge Nicholas Webb said the violence lasted about an hour and it was fortunate no serious injuries were inflicted, with police largely protected by their riot shields.

All 32 men were charged after police scoured over 400 hours of CCTV footage of the trouble, which saw a small number of protesters and police officers sustaining minor cuts and bruises.

The seven men jailed all pleaded guilty to violent disorder.

The judge was told none of the seven men were involved in fighting with police officers, but they were threatening and aggressive.

The other 25 men will be sentenced tomorrow and later this week.