Today the Daily Mail reports that John Lewis is offering the hijab in its school uniform department for the first time, after signing contracts with two schools in London and Liverpool.

Perhaps because it is written by the paper’s consumer affairs editor, rather than one of the usual hacks specialising in anti-Muslim stories, the article itself  is – by the Mail‘s standards – a quite straightforward and non-inflammatory piece of reporting.

However, it doesn’t take much to set off an outbreak of Islamophobic hysteria among the Mail‘s readers. With a few exceptions, pointing out that this is merely a case of a retailer responding to customer demand, the below-the-line comments are vitriolically hostile, featuring repeated calls for a boycott of John Lewis. 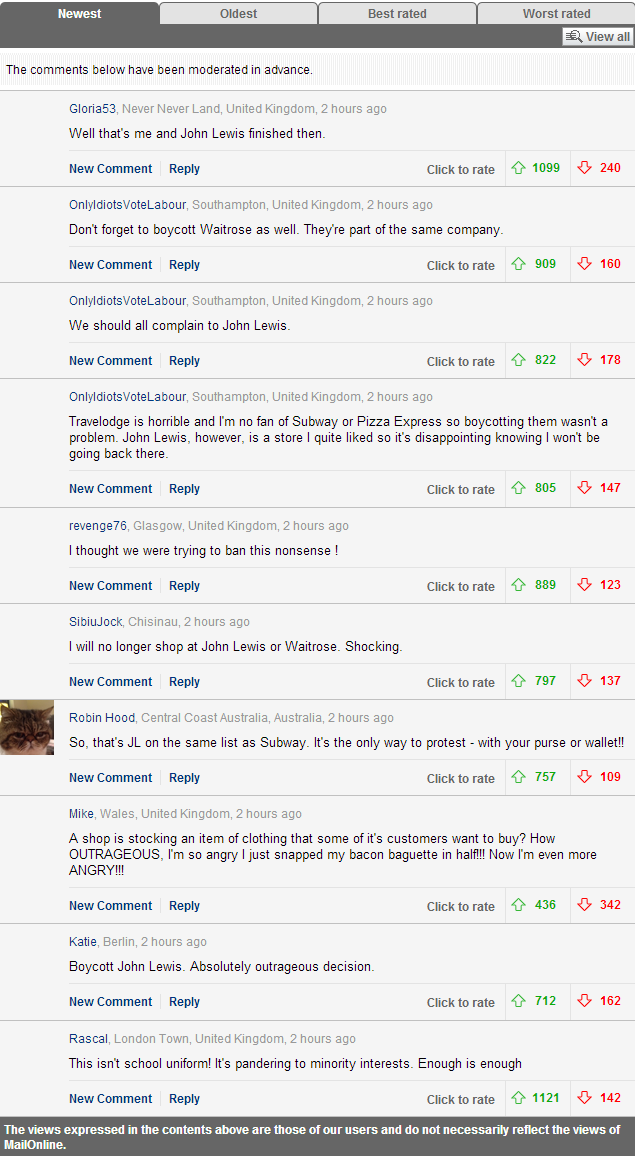 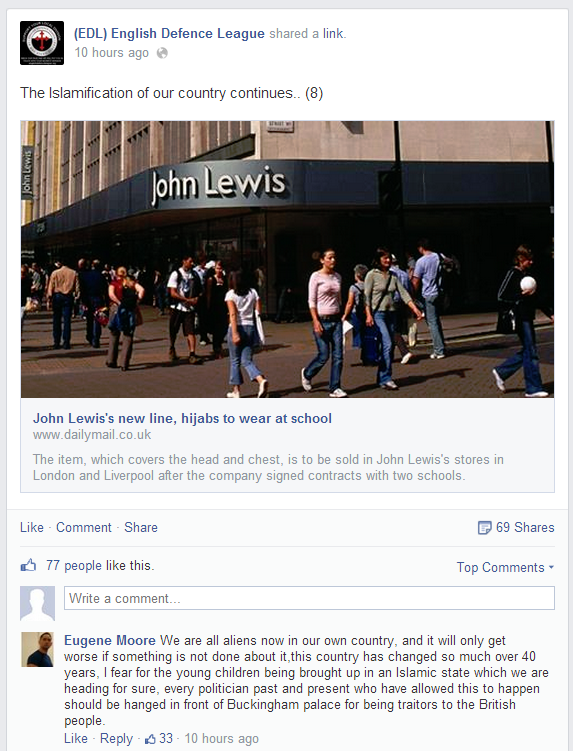