Monty Python scion John Cleese has described political correctness as “condescending” and a barrier to comedy. The comedian mused on the subject on HBO’s Real Time With Bill Maher on Friday.

Cleese, who was on the show to promote his memoir So, Anyway, was led into the matter by Maher who gleefully asked him: “Let’s bitch about political correctness.”

Cleese complied, saying: “It’s so awful isn’t it. It starts out as a halfway decent idea and then it goes completely wrong. I used to go out and do these race jokes. I’d say ‘The French, you know, why did the French have so many civil wars? So they can win one now and again’.

“’Why are Australians so well balanced? Because they have a chip on each shoulder…’ you know, I used to do these jokes. And then I say ‘There were these two Mexicans…’ and the whole place is aghast.

Quick as a shot, Maher replies with a knowing laugh: “Muslims. Try that, see what your Twitter feed says.” A giggling Cleese says: “That’s not saying that you can’t, that just means they’ll kill you.”

Cleese cracks up, as does the audience, but the 75-year-old quickly makes the distinction he was referring to fundamentalists.

He said: “I think it’s terribly important. But the problem is if you make jokes about people who are going to kill you… there is a sort of tendency to hold back a little, isn’t there? I think any kind of fundamentalism is terribly funny because… the thing about fundamentalism is it’s taking whatever the book is, the Quran, the Bible, absolutely literally. I’ve met some pretty smart people in my life and not one of them was literal-minded.”

“So do we say: ‘Jesus said these things, but of course Jesus was very, very literal-minded so he would want these things to be interpreted absolutely literally?’ No, no he was smarter than that.”

Maher interjects: “If you’re going take anyone literally I would take him literally because he was a promoter of peace… though he could be cranky too. He said things like: ‘If you don’t come to God through me you will burn,’ which is cranky. But in general he’s nicer.”

This isn’t the first time that Cleese has aired his reactionary views. In 2011 he became a hero of the far right when he declared that “London is no longer an English city … it doesn’t feel English. I had a Californian friend come over two months ago, walk down the King’s Road and say, ‘Where are all the English people?'” 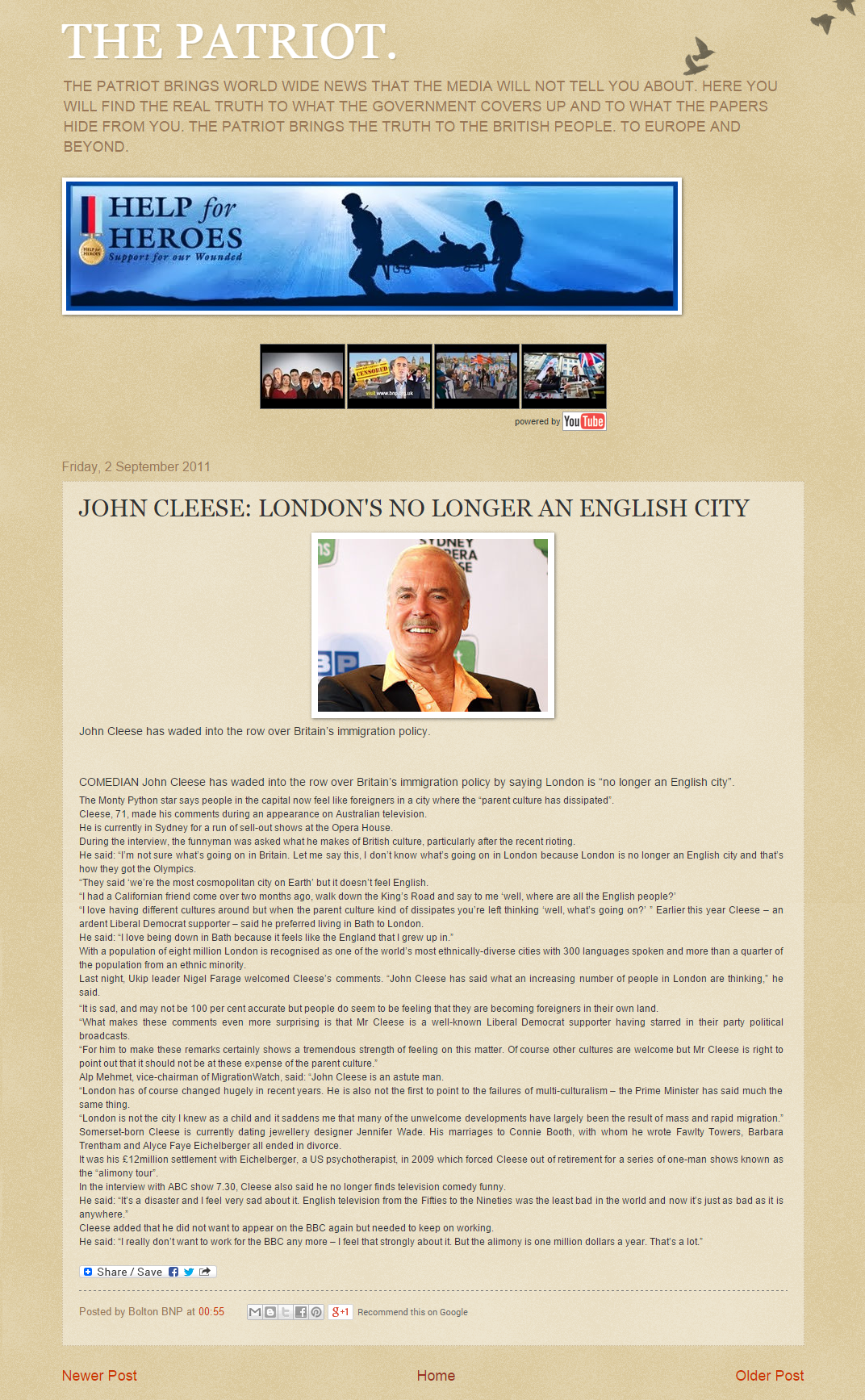