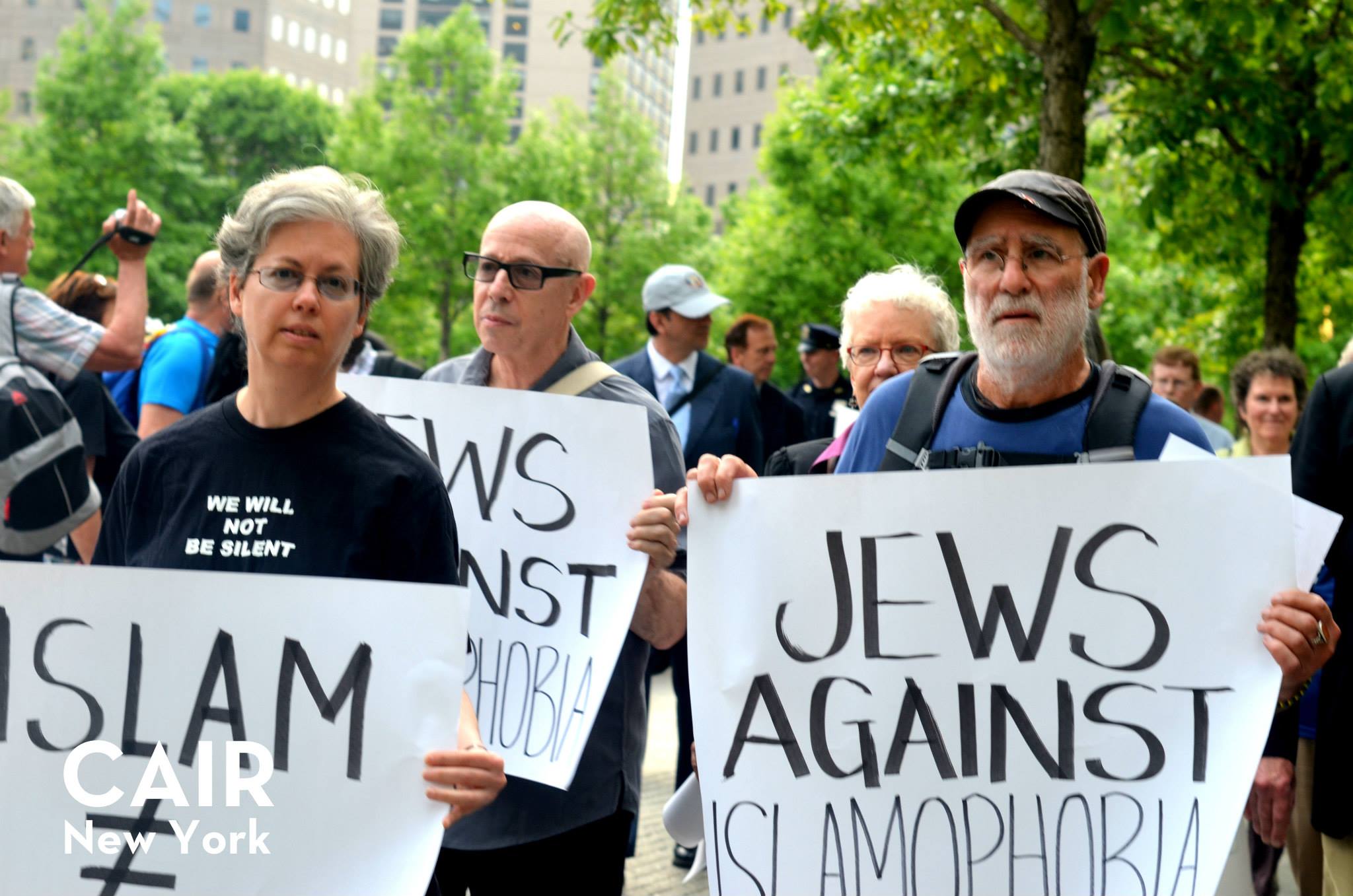 The NYPD removed 30 mostly Jewish demonstrators carrying signs such as “Islam does not equate terrorism,” from the 9/11 memorial park Wednesday.

The group protested what they called the interchangeable use of “Arab,” “Muslim” and “terrorist” in a 9/11 Museum film. Waving signs saying “Edit the Film” and “Jews say No to Islamophobia,” the crowd moved up the street. “We fear that visitors of the museum will blame Muslims. . . . The exhibition describing Al Qaeda is very sloppy,” said Todd Fine, 33.

In an interview with Megyn Kelly, 9/11 museum board of directors member Debra Burlingame responds to the charge that she is an Islamophobe. She states:

“There’s no such thing as an irrational fear of Islam or Muslims when we know that virtually 80 percent of terror attacks in the world are committed by radical Muslims who are motivated by what they deem to be an imperative from their religious sacred text, the Koran or the Al-Hadi.”