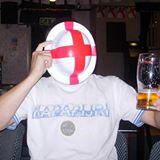 An Islamophobic thug who threw a can of alcohol over a Muslim woman and her child as they walked along the street has been sent to jail.

Kravier Freeman hurled foul-mouthed racist abuse and threatened the woman with a butcher’s knife during the incident in Leeds.

Leeds Crown Court heard that the victim was a young white woman who had converted to Islam and married a Muslim man. Freeman targeted the 21-year-old as she walked past his home on Berkeley View, Harehills, on July 5, this year.

Freeman, 31, was out of prison at the time of the incident and had been drinking heavily throughout the day with others. The victim was walking home with her son after getting food from a takeaway at around 8.30pm.

Nick Addlington, prosecuting, said Freeman approached the woman and said: “Why are you with a p***? Why are you wearing those clothes? You are not a Muslim!” Freeman then followed her down the street and called her a “Muslim bitch” before throwing the can of alcohol over her and her child.

The woman asked Freeman why he was behaving like that and he replied: “Because I hate Muslims.” Freeman then produced a sliver butcher’s knife and began waving it around as children stood close by. He then said: “Watch what I am going to do when your husband comes out.”

Police were contacted and went to the house. Mr Addlington said there was a “total lack of co-operation” from anyone at the party despite what had happened.

They arrested Freeman and seized the weapon. Freeman was returned to prison after the incident. He pleaded guilty to racially aggravated assault, affray and possession of a bladed weapon in a public place.

Nick Hammond, mitigating, said: “This was on anybody’s account a thoroughly unpleasant incident. It is right to say that this defendant is thoroughly embarrassed about what has happened. He cannot explain why he did what he did. The fact that he was heavily intoxicated is no excuse. It is an aggravating feature.”

Mr Hammond said Freeman had apologised to the victim and pleaded guilty to the offences at an early opportunity.

Jailing him for 12 months, judge Ray Singh said: “You behaved in a vile, nasty and racist manner. For a Muslim to be doused in alcohol – we can only imagine what was going through her mind.”