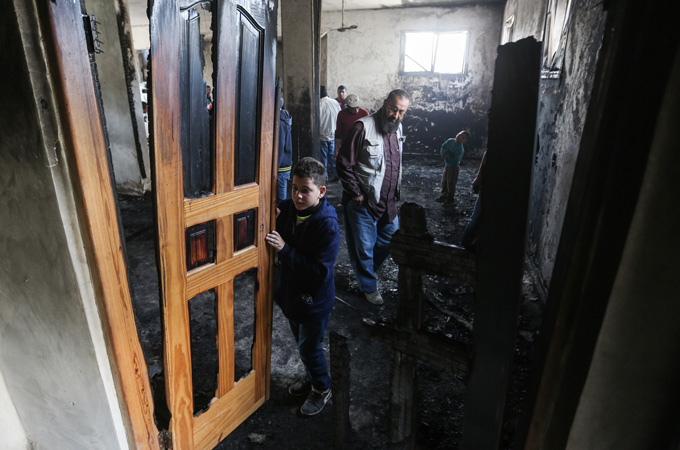 Israeli settlers have torched a mosque in the occupied West Bank, Palestinian officials said, amid growing tensions and violence in the territory and occupied East Jerusalem.

The attack on the mosque just before dawn on Wednesday, near the Jewish settlement of Shilo, came after separate Palestinian knife attacks on Monday killed a settler in the southern West Bank, and an Israeli soldier in Tel Aviv.

“The settlers set fire to the whole of the first floor of the mosque” in al-Mughayir village near the West Bank city of Ramallah, a security official said. Police confirmed the incident and opened an investigation.

Al Jazeera’s Imtiaz Tyab, reporting from inside the destroyed mosque in Mughayir in Ramallah, described seeing religious books turned into ashes and windows being blown out. “There an awful lot of anger in the community,” he said.

Also overnight, a molotov cocktail was thrown at an ancient synagogue in the Arab Israeli town of Shfaram, causing minor damage, police said. The structure is not currently used for worship.

The attack on the mosque comes as Israeli-Palestinian tensions are soaring, mostly against the background of competing claims to a holy site in Jerusalem’s Old City.

Ongoing unrest has been triggered by Muslim fears of Jewish encroachment at the sacred site where the Al-Aqsa mosque stands, a hilltop plateau known to Muslims as Haram al-Sharif, or Noble Sanctuary, and to Jews as the Temple Mount.

This in turn has fanned strife in a region already on edge following the collapse of US-led peace talks, Israel’s bloody war last summer in the Gaza Strip, and new Israeli settlement construction plans in the occupied East Jerusalem.

The tensions at the shrines have frequently boiled over into violent demonstrations, though Israeli Prime Minister Benjamin Netanyahu has insisted that Israel has no plans to change the status quo at the Jerusalem holy sites.

Palestinian President Mahmoud Abbas and Netanyahu traded accusations on Tuesday over the tensions, with Abbas saying that frequent visits to the site by Jewish worshippers are fuelling clashes and accused Israel of leading the region towards a “religious war”. The Israeli leader said Abbas was making matters worse and inflaming tempers.

Israeli police spokesman Micky Rosenfeld said police were deployed later on Wednesday near the entrance to Mughayir but that “disturbances in the area” were preventing them from opening an investigation.

Rosenfeld did not elaborate on the extent of the disturbances but attacks such as the one in Mughayir frequently ignite violent protests. 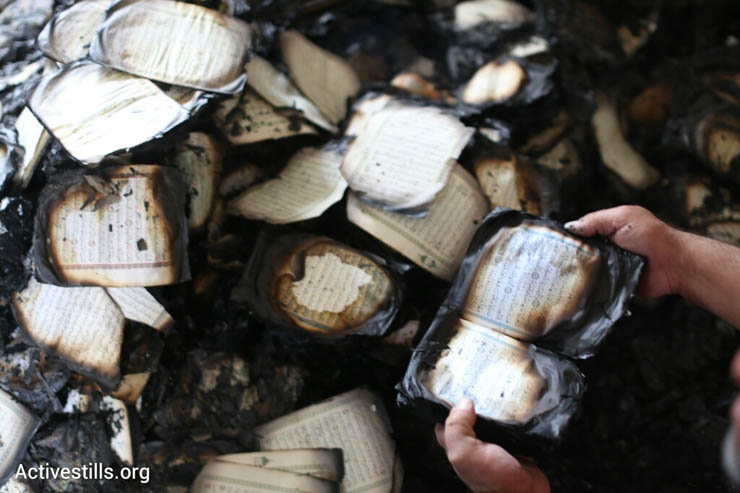