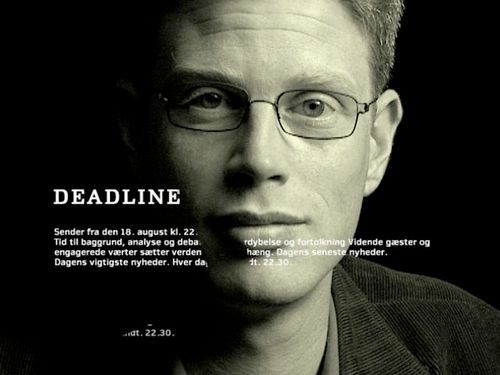 The Copenhagen Post reports on the case of Martin Krasnik, a journalist on the Danish Broadcasting Corporation’s (DR) current affairs programme Deadline who is noted for his combative interviewing style.

Last month Krasnik subjected the notorious anti-Muslim bigot Lars Hedegaard to a grilling on Deadline, in the course of which he pointed out that there is an obvious parallel between Hedegaard’s paranoid fantasies about a Muslim plot to take over the West and the antisemitic conspiracy theory promoted in The Protocols of the Learned Elders of Zion. Hedegaard was furious, claiming that he had been led to expect a friendly, sympathetic interview and instead was given a hard time by Krasnik.

Immediately after the pre-recorded interview had taken place, Krasnik was contacted and criticised over his treatment of Hedegaard by Katrine Winkel Holm, a member of DR’s supervisory board who just happens to be vice-chair of Hedegaard’s Free Press Society. Holm had clearly been put up to it by Hedegaard himself, and it is difficult to see her intervention as anything other than an attempt to pressure Deadline into not broadcasting the interview.

This case does provide an illustration of the double standards applied by Islamophobes over the issue of freedom of expression. Holm defends Hedegaard’s inflammatory, racist comments about “Muslim rapists” as a legitimate exercise of free speech. But faced with a hostile television interview of her hero, she abuses her position on the DR board to try and get it suppressed.