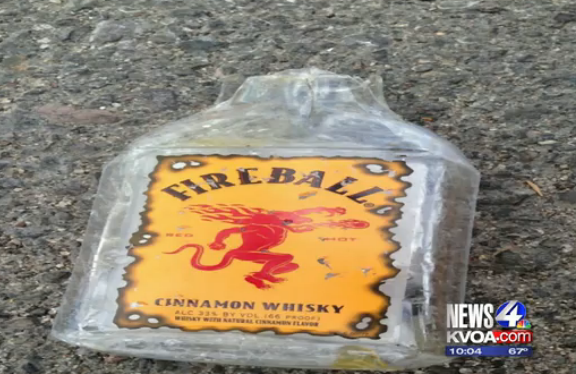 TUCSON — A religious place of worship is under siege by UA [University of Arizona] students living next door. Caught on camera, the vandals strike on weekends and late nights. There have been dangerous near misses at the hands of what some say are “drunken antics by students”.

The Islamic Center of Tucson is a place of worship and a community center for all Muslims in Southern Arizona. Within the last year, it has become a place that has been disrespected, which has left the members of this community humiliated.

Kamel Didan is the vice chairman of the center. “We’ve had people come in at the door multiple times and urinate in our door,” he said. The man was caught on camera in broad daylight as students walked by. “This was absolutely was the worst weekend,” said Didan.

On the Sunday of UA’s Homecoming Weekend, the community center attendees couldn’t even get into the parking lot and the children couldn’t play basketball. “We literally found like a war zone,” he said. “It was unbelievable, glass chunks, as big as a baseball and then as little as like maybe the fingertips all over the place.”

A car had its windows broken. Didan said it’s all because of students living in the high rise apartments next to the mosque. Again, all caught on camera. “Dropping bottles full of whiskey on cars, and on literally people.”

Didan showed the apartment manager of level the damages. He says he does this on a weekly basis. In the 25 years the mosque has been here he said they’ve never had this much trouble.

News 4 Tucson confronted the apartment manager. His response, “I can give you the contact person, he’s the only one that’s authorized to speak to the media. I can’t comment on any of this.”

We emailed the president of Cardinal group. We have received no response. Neither has the center. “We have hundreds of email exchange with them, we have shared photos with them, videos, we have called the police,” said Didan.

The Islam Center of Tucson isn’t the only target. Kiki Kuberra lives in Level. She’s almost been hit with objects on the way to her apartment. “I had a raw egg thrown at me. It was very close to hitting me and my friends. Level really doesn’t do much about kids throwing things from the balcony,” she said. “I’ve seen it hit cars, you can call the cops but no one knows what apartment it came from.”

It has gotten so bad that members have explored the idea of leaving the building. But they said they can’t because they have invested millions of dollars. So in the meantime they’re praying that no one gets hurt and that the people who are responsible will just stop.