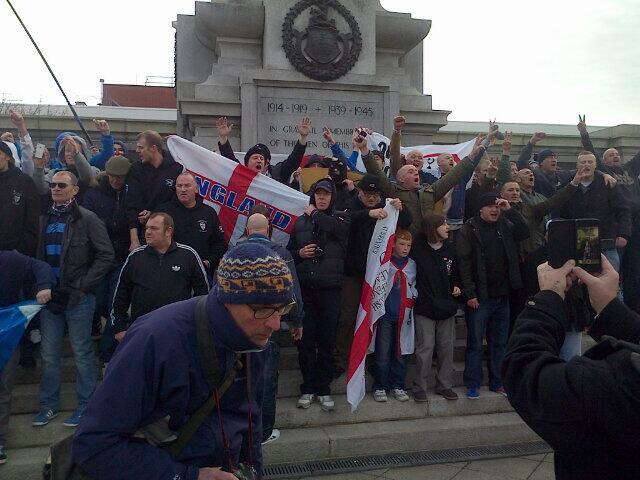 The North East Infidels, a far-right splinter from the English Defence League, held a demonstration in Hartlepool today. Here they are, expressing their respect for the war dead.

Having initially billed the event as a protest “against the rise of the Islamic community and the crime and poverty that has come with them”, the Infidels eventually settled on the demand to “ban the burka”.

In a leaflet advertising the event they urge the UK to follow Belgium and France and illegalise the wearing of the veil – all in the name of “fairness and equality”, you understand, these of course being principles that the Infidels hold dear. And despite the demonstration having originally been a protest against “the Islamic community”, they insist that their opposition to the veil is “not about religion”.

The leaflet declares indignantly: “Our government refuse to consider a debate on the issue. They cower away from it and hope the subject will go away. Well we say to David Cameron and all Westminster’s free loaders sitting in the House of Treason ‘This will not go away‘. This issue is to impotent to be dismissed so easily.”

Quite why the issue of the burka should be so “impotent” in Hartlepool is not explained. There are 689 Muslims living in the town, out of a total population of 92,028. The number of women in Hartlepool who wear the niqab must therefore be negligible, and we can confidently state that the figure for those wearing an actual burka will be precisely zero. 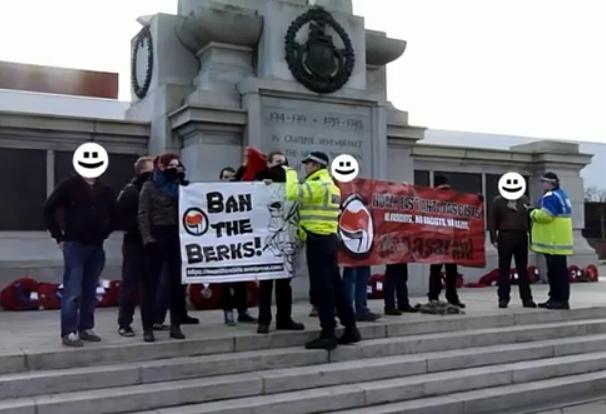