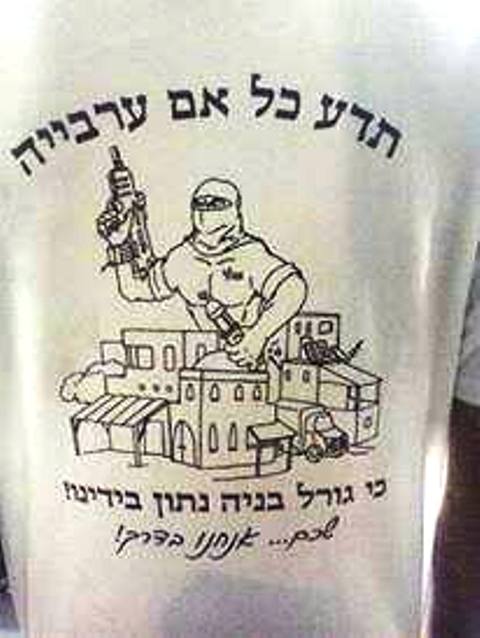 Yediot Achronot reported that several IDF officers created a T-shirt for their soldiers with a chilling explicitly racist, Islamophobic message. It read: “Every Arab mother should know that the fate of her children is in our hands…Schem [Nablus] we’re on the way.”

The T-shirt features a graphic image of an armed soldier toppling the minaret of a mosque. It’s certainly designed to reassure the mothers of Nablus that the IDF believes in the purity of arms and is the most moral army in the world, as liberal Zionists and others like to claim.

This T-shirt is not an anomaly. Veterans of Operation Cast Lead made a variety of equally offensive products which were proudly modeled and sold online.