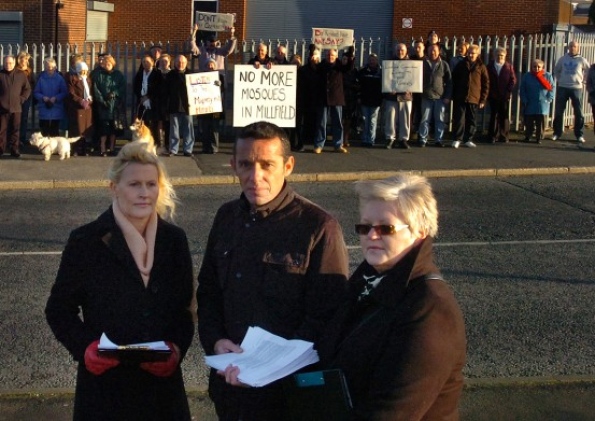 Hundreds of objections have been filed against controversial plans for a new mosque.

The move by an Islamic centre to submit a planning application for the place of worship has prompted a flood of complaints. Many residents are furious at the plans, with one claiming Millfield will “end up being Mosquefield” and the council has received 623 letters of objection and a petition bearing 1,462 signatures.

Lib Dem councillor Paul Dixon, who has been working with the objectors, said the residents had fought a “clean campaign” and stressed their objections were not based on racism or Islamophobia. “People are concerned about noise, traffic and parking. There’s also the impact on the character of the area.”

Coun Dixon said the mosque, which would include a new frontage with two domed columns, would be out of keeping with the 1900s artisan cottages in the area. He said prayer times – which can take place in the early hours of the morning – were also a concern. He added: “It’s next to a nursing home. I understand the residents and manager have objected and is near a lot of elderly people’s homes.”

Christine Spoor, who lives off Hylton Street, said there were already three mosques in the area, including the present centre in St Mark’s Road, which is operating without planning permission. “It will end up being Mosquefield, not Millfield,” she said.