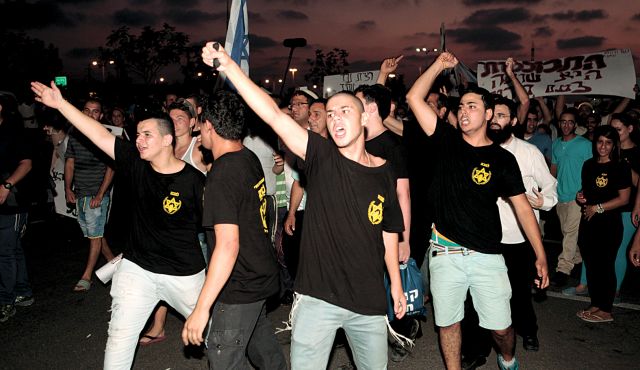 A bride who converted from Judaism to the Muslim faith and a Muslim groom were married on Sunday to cries of “Death to Arabs” as Israeli police held back about 200 angry protesters.

The protesters, many of them young men wearing black shirts, denounced the bride, who was raised Jewish and converted to Islam before the wedding, as a “traitor against the Jewish state”. They sang a song that urges, “May your village burn down.”

A few dozen left-wing Israelis held a counter-protest nearby holding flowers, balloons and a sign that read, “Love conquers all.”

The groom told Israel’s Channel 2 TV the protesters failed to derail the wedding or dampen its spirit. “We will dance and be merry until the sun comes up. We favour coexistence,” he bravely said.

Several dozen police, including members of the force’s most elite units, formed human chains to keep the protesters from the wedding hall’s gates and chased after many who defied them. Four protesters were arrested, and there were no injuries.

A lawyer for the couple, Maral Malka, 23, and Mahmoud Mansour, 26, both from the Jaffa section of Tel Aviv, had unsuccessfully sought a court order to bar the protest. He obtained backing for police to keep protesters 200 metres from the wedding hall in Tel Aviv.

The far-right group Lehava has harassed Jewish-Arab couples in the past but has rarely protested at the site of a wedding. Sunday’s demonstration was a sign of how tensions have risen during the war in Gaza.

A protester against the wedding, Ofer Golan, told France 24, “It’s time that the Muslim will leave Israel. That’s it. This is a Jewish country, they don’t belong here, they don’t have to be here. They have 22 countries; they can go anywhere they like.”

But one of the left-wing Israelis supporting the couple, Merav Ronen, told France 24, “This is the country of Israel. Yes, it’s a Jewish state, but it is also a democratic state. People cannot live their lives according to what anybody else tells them.”

Israeli President Reuven Rivlin, sworn in last month to succeed Shimon Peres, criticised the protest as a “cause for outrage and concern” in a message on his Facebook page.

“Such expressions undermine the basis of our coexistence here, in Israel, a country that is both Jewish and democratic,” said Rivlin, a member of Prime Minister Benjamin Netanyahu’s right-wing Likud bloc.

Lehava spokesman and former lawmaker Michael Ben-Ari denounced Jews intermarrying with non-Jews of any denomination as “worse than what Hitler did,” alluding to the murder of 6 million Jews across Europe in World War Two.

A surprise wedding guest was Israel’s health minister, Yael German, a centrist in Netanyahu’s government. She told reporters as she headed inside that she saw the wedding and the protest against it as “an expression of democracy.”

Arab citizens make up about 20 percent of Israel’s majority Jewish population, and the overwhelming majority of Arabs are Muslims. Rabbinical authorities who oversee most Jewish nuptials in Israel object to intermarriage, fearing it will diminish the ranks of the Jewish people. Many Israeli couples who marry out of their faith do so abroad.

Malka’s father, Yoram Malka, said on Israeli television he objected to the wedding, calling it “a very sad event”. He said he was angry that his daughter had converted to Islam. Of his now son-in-law, he said, “My problem with him is that he is an Arab.” 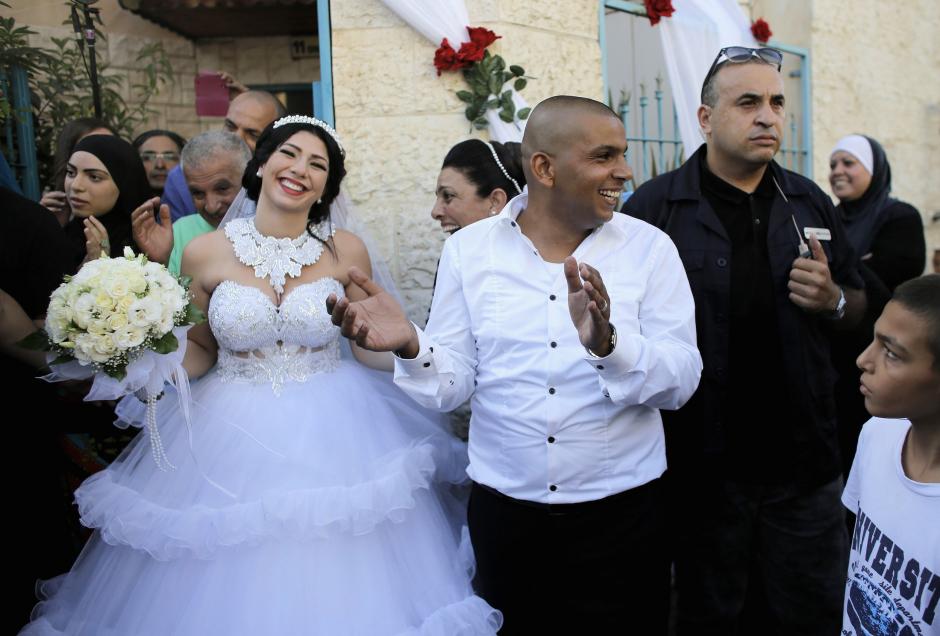