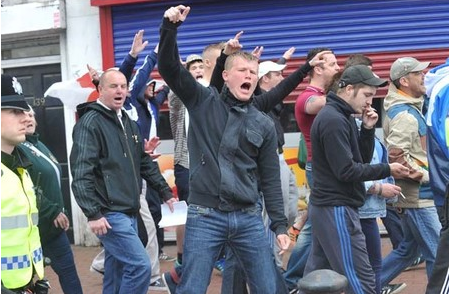 HULL: Councillors are to be asked to support calls for police to ban future planned marches by the English Defence League (EDL).

A recent EDL march in Spring Bank saw ten people being arrested. At next week’s full council meeting, Myton ward councillor Colin Inglis has tabled a motion calling on the police to ban future marches in Hull by the group to avoid “blatant attempts to incite racial hatred”.

According to the paper’s report of the EDL demonstration: “Before the march set off, the organiser, who refused to give his name, instructed his colleagues to avoid racist and bad language but many ignored the demand. As they passed stores, some owned by Asian shopkeepers, many of the protesters spat vile abuse.”