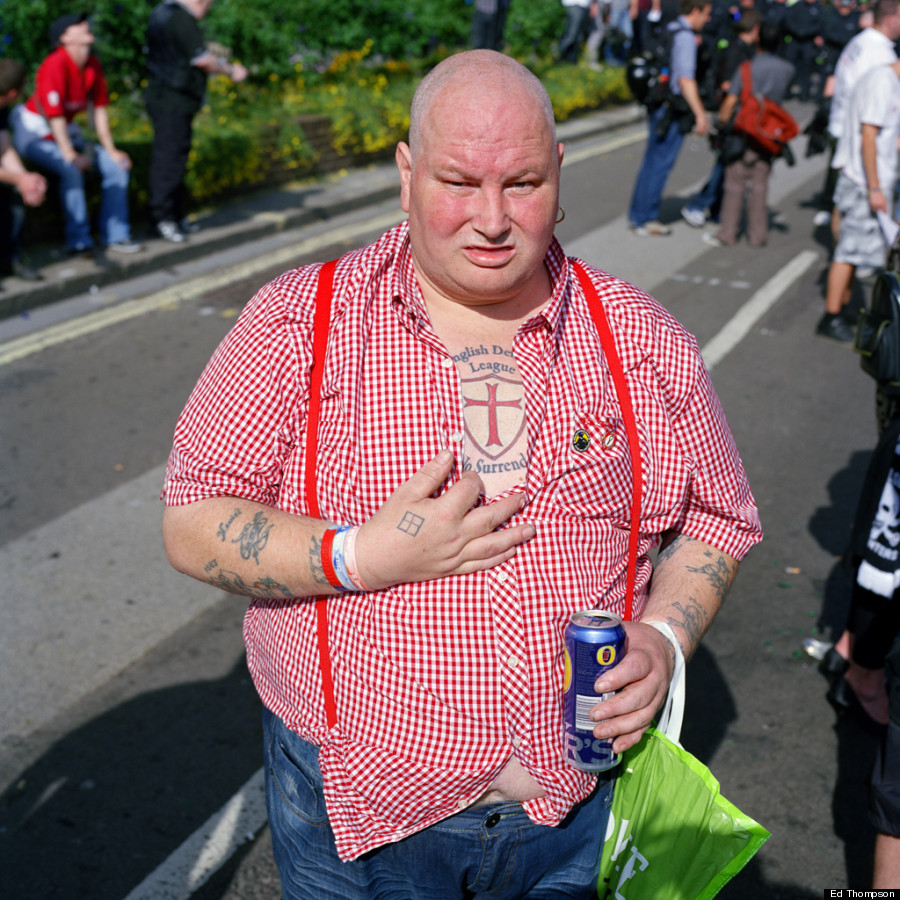 With Mehdi Hasan as its political editor, the Huffington Post UK has generally played a positive role in exposing the violent bigotry of the English Defence League.

However, it would appear that Mehdi has taken his eye off the ball, because the HuffPo has just published a photo essay on the EDL, introduced by Chris York and featuring the work of Ed Thompson, who we are told “spent three years documenting EDL rallies, attempting to get beyond the typical portrayal shown in the media”.

What this means, it turns out, is that Thompson rejects the established image of the EDL as an organisation infested with racists and thugs. His photos are accompanied by comments that show what could charitably be described as astonishing ignorance and naivety about the character of the organisation he’s been photographing.

One comment by Thompson dismissing the far-right character of the EDL reads: “If you look at the photos, ideologically it could go either way. Dissing the EDL, what do you want, a medal? It’s not hard is it?” Quite how looking at his photographs could show the ideology of the individuals who are pictured, Thompson doesn’t explain.

One of his portraits (see above) is of Kevin Smith, an EDL member from the West Midlands. Needless to say, the picture gives no indication that in 2010 Smith received a suspended prison sentence for religiously aggravated intentional harassment after leaving a pig’s head at Dudley Central Mosque.

Nor does Thompson’s portrait of Smith reveal that in the run-up to an EDL demonstration in Walsall last year Smith posted threatening comments on Facebook – “One week to go till the EDL come rolling in to walsall to show whos streets these are … god help any scum or old bill who think they r going to stop us”.

And if you want a photo that does actually say something about Smith’s ideology, check out the one at the end of this post, which features him holding a banner denouncing “Muzzie scum”.

Not that this sort of slogan features anywhere in Thompson’s HuffPo piece. He believes that the character of the movement is better represented by a photo of an EDL supporter in a wheelchair with a placard reading “All races and colours unite against Islamic extremists”.

Even the case of Shaun Reah, the EDL member with the tattoo of a mosque being blown up who was arrested on suspicion of inciting racial hatred, is dismissed by Thompson as a matter of no consequence: “If you really think that guy is a monster… To that guy it’s just so he can sit in the pub and have a laugh.”

In any case, concerns about racist and fascist views within the EDL are just irrelevant as far as Thompson is concerned: “Whatever you think about them they are a working class movement and they are genuine. You have to respect that no matter what you feel about their ideology.” Would Thompson perhaps take the same view of the National Front back in the ’70s?

Evidently Thompson was too busy taking photographs to spare any time to examine the EDL’s actual record of often violent criminality, a comprehensive list of which can be found here.

He shows no awareness of widespread EDL involvement in the anti-Muslim backlash that followed the murder of Lee Rigby last May, as a result of which EDL supporters have been convicted of numerous offences, with several receiving jail sentences. In the course of that upsurge of Islamophobic hatred the al-Rahma Islamic Centre in north London was burned to the ground, with the letters “EDL” clearly visible on the wall of the building as it was engulfed by fire.

At present a young EDL member from Loughborough, who had in his possession a collection of partially assembled pipe bombs and other explosive devices, is on trial charged under the Terrorism Act with various offences, including a plan to attack a mosque. In September we saw the conviction of two EDL members from Torquay, John Roddy and Tobias Ruth, who adopted the name Knights Templar and regarded Norwegian mass murderer Anders Breivik as a hero, on charges of possessing a terrorist manual and threatening a local Islamic centre.

But hey, no need to worry, we have Ed Thompson’s photographs as evidence that the EDL poses no danger at all. 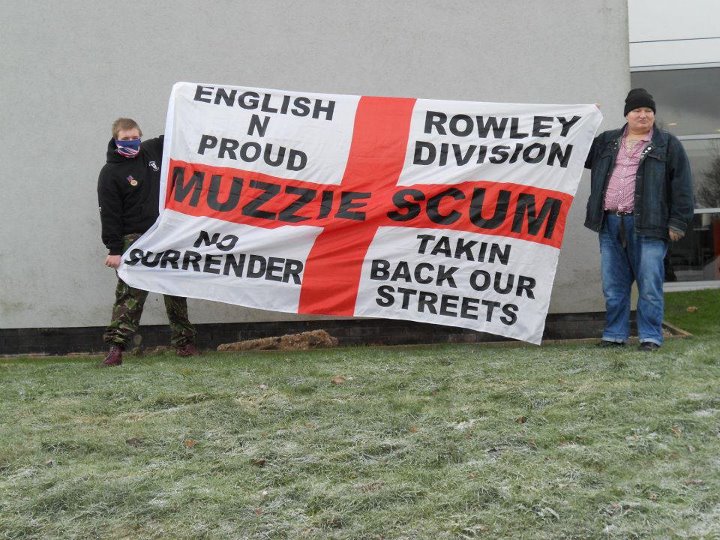