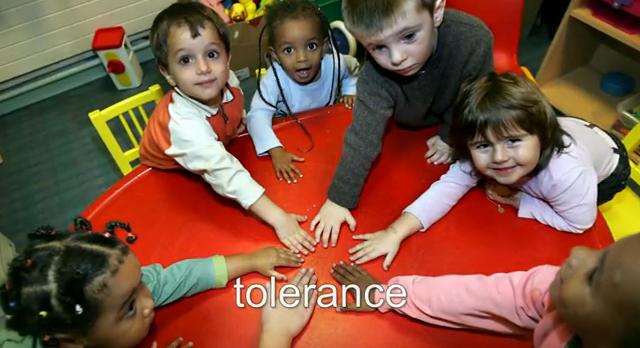 The far-right Danish People’s Party, which is notorious for its opposition to minority communities of migrant origin and Muslims in particular, has produced a 3-minute English-language video, “I Am Denmark”, extolling the virtues of the Danish nation. It’s worth looking at, if you can stomach it, because it is a good example of how a section of the far right now frames its politics, by distancing itself from cruder forms of racism and packaging its anti-Muslim bigotry in cultural terms, as the defence of progressive national values against the threat of Islam.

Thus the DPP video’s message is couched in the pseudo-liberal language of support for “equal rights” and the “welfare state”. Along with “freedom of speech” and “democracy”, the video states that “tolerance” is a core value of the Danish nation, illustrating this with a picture of black and white children at school – which is rather at odds with the DPP’s long record of opposition to Denmark becoming a multiethnic society. In a shift from its traditional anti-immigrant rhetoric, the DPP even claims to “welcome people from other countries”, including asylum seekers (“I give a home to those who are persecuted and seeking freedom”).

At 2:09 however the tone suddenly changes. “BUT I am a country that will challenge cultures that want to change what I have been fighting for”, we are told, with a picture of a veiled Muslim woman used to indicate the culture that is being referred to. “I will not back down in the face of violence and terror”, the voiceover continues, across photos of the 9/11 attacks and terrorist bombings in London and Spain. “I am not a country that will be forced to accept medieval traditions” the video asserts, illustrating this with another photo of women wearing the niqab. As a picture of Muslims at prayer appears on screen, the video moves to its conclusion: “I am a country that has the courage to say STOP. I am a country that will stand guard to protect my own culture. Because I am Denmark.”