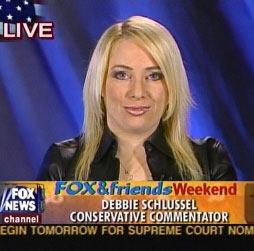 “Much is being made by Muslims and their many defenders on the left … that the shooter of several people (one now dead) at the U.S. Holocaust Museum is not a Muslim but a White guy, James W. Von Brunn, who is a neo-Nazi.

“But that is a distinction without a difference. In fact, it is because of Muslims – who are the biggest contributor to the worldwide rise in anti-Semitism to Holocaust-eve levels – that neo-Nazis feel comfortable – far more comfortable! – manifesting their views about Jews. Until 9/11 and our resulting new tolerance for Islam, the neo-Nazi types were marginalized and howling at the wind.”

Debbie Schlussel identifies the root cause of the shooting in Washington.

Via Bartholomew’s Notes on Religion.