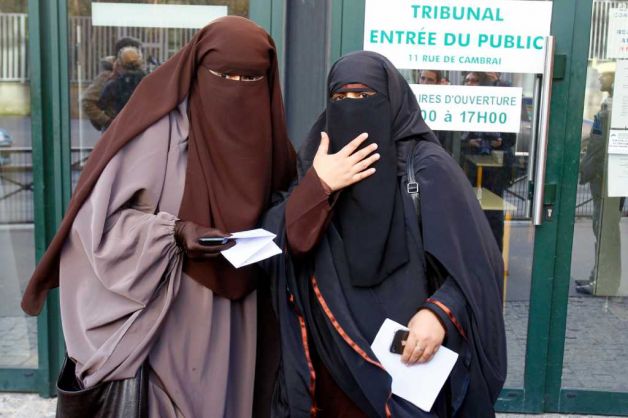 A 32-year-old woman, Hind Ahmas, has been sentenced to 15 days of “citizenship service” after she was caught wearing a full-face veil in public and refused to remove it.

Hind Ahmas says she will not obey the court’s ruling and refuses to remove her veil. She risks a two-year prison sentence and a €30,000 fine, if she does not perform her citizenship service, which includes classes on French Republican values, Le Figaro reports.

Ahmas heard her sentence on the pavement in front of the courthouse in Paris because she refused to remove her veil to face the judges.

Her lawyer Gilles Devers says Ahmas is going to appeal and said that the French ban on the veil was illegal, AFP reports. The judge however insists her lawyer cannot appeal her decision because it is not a fine.

Ahmas had already been fined €120 in September for wearing a full-face veil in public in Meaux east of Paris.

Another woman, Kenza Drider, who was also wearing the full-face veil, was at the trial. She says she is running for the presidential election and wants to repeal France’s ban on the veil.

Ahmas and her pressure group, Don’t Touch my Constitution, insist France does not respect their rights and say they want to take the case to the European Court of Human Rights to see the ban overturned.