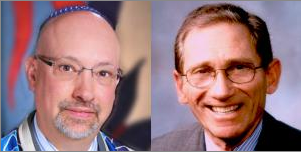 They write: “We state unequivocally that Geller’s inflammatory rhetoric does not represent us or the great majority of Jews in Great Neck and on Long Island. Hate speech has no place in synagogues. Synagogues should be places for worship, positive dialogue and reasoned political debate. The right of free speech is vitally important, but Geller crosses the line from political to hate speech. In sharp contrast, Judaism teaches us to respect the traditions and values of other faiths.”

“Intimidation, bullying and threats”? “Fascist tactics”? These are the phrases Geller uses to describe a responsible, reasoned campaign against the Great Neck Synagogue providing a platform for hate-speech.