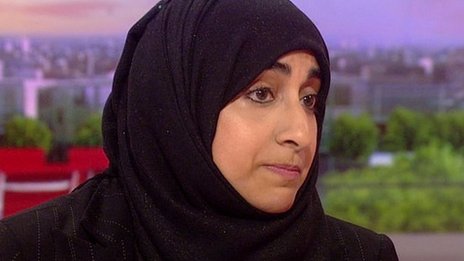 A friend of Salford terror victim Alan Henning has blamed the media and far-right political parties for the upward trend in hate crime against Muslims.

Speaking ahead of an anti-Islamaphobia event hosted by MEND (Muslim Engagement and Development) in the city yesterday, Doctor Shameela Islam-Zulfiqar explained that the religion was being negatively portrayed in the UK.

She was a close friend to Henning, the 47-year-old taxi driver from Salford beheaded by the Muslim extremist group ISIS (Islamic State).

She told MM: “Irresponsible journalism, mainly tabloid sensationalism around a minority of extreme individuals seems to have become the focus of the mainstream media spotlight in recent months that unfortunately all Muslims are tarnished with and inevitably bear the brunt of.”

“This gradual but constant negative media focus serves to exacerbate the issues through groups such as the Far Right who feel justified in vilifying all things Islamic because the media in a sense legitimises and reinforces their stereotyping.

“The actions of a criminal that happens to be Muslim is immediately related back to the religion of Islam. This is not the case in other religious groups.”

The 36-year-old believes that the presence of ISIS has increased negative stereotyping of Islam as a whole, which she says is unjustified.

She said: “Islamophobic attitudes that are based on the actions of a relatively tiny group of militants as opposed to the billions of law abiding, non-combatant civilian Muslim population is hugely unfair and misrepresentative.

“The stereotype that has formed as a result of an insignificant proportion of those using the religion of Islam to tarnish an entire religious group is wrong and must not be reinforced by the media as this will only perpetuate a cycle of hatred and deep distrust or fear of the Muslim community.

“The portrayal of all Muslims being linked to some form of ‘radical’ Islam has resulted in a general fear and suspicion of the Muslim community in being suspect – and this view has spread to include a high proportion of UK citizens.

“This is evident from the formation of groups such as the BNP, Britain First and elements of the UKIP party. It is imperative that Islamophobia is addressed at all levels.”

Doctor Islam-Zulfiqar feels there is more that could be done to tackle the issue of Islamaphobia, including developing an initiative to educate the wider community about misconceptions that are formed as a result of irresponsible media reporting.

“An immediate response system to tackling Islamophobia in the media or hate crime with efficient lobbying from the public is in development and MEND are at the forefront of developing such an initiative,” she said.

“It is already in place for those that commit crime on the basis of other prejudices, racism or antisemitism as prime examples.”

She also encouraged Muslims who have been a victim of hate crime to report it immediately to MEND and the Police.

She said: “It is extremely important for individuals who have been a victim of hate crime to be able to talk to the right people about this and report it.

“This enables the perpetrator to be brought to justice and should a successful prosecution be brought about, should act as a deterrent to the criminal for the future- but also to others.

“Prejudices run deep and become ingrained over time. Ignorance will always exist- but cannot be eliminated unless it is identified and the person called to account for and educated about their prejudice. Reporting abuse also raises awareness about the issue.

“When we stop tolerating behaviour that is divisive in nature and designed to discriminate against minority groups as the British Public on the whole- we will move forward as a society.”

The anti-Islamophobia event was held in the Marquee at the British Muslim Heritage Centre at 6.30pm yesterday.