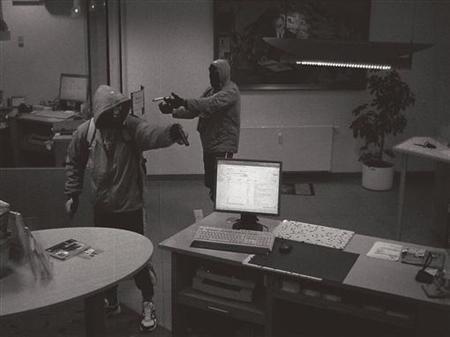 Chancellor Angela Merkel’s conservatives urged her on Tuesday to step up the fight against right-wing extremists following the chance discovery that a group of neo-Nazis had been murdering immigrants for years.

Merkel has described as a national disgrace the existence of a cell, called the National Socialist Underground, whose members are now suspected of killing between 2000 and 2007 at least nine immigrants, eight Turks and a Greek, and a police woman.

The cell only came to light by chance, raising fears the security services have underplayed the threat from the extreme right and may have been distracted by its use of unreliable informants from the right-wing scene.

“You cannot help being left with the dreadful impression that the danger of right-wing extremist violence wasn’t taken seriously enough,” Thomas Oppermann, a member of the opposition Social Democrats (SPD), told the Sueddeutsche Zeitung daily.

The Central Council of Muslims in Germany lamented what it described as a chronically neglected chain of violence against Muslims in the last 20 years. “Obviously right-wing terrorism was rife and went unchallenged because the authorities looked too much in the direction of religiously motivated criminals,” Council chairman Aiman Mazyek told the Osnabruecker Zeitung.